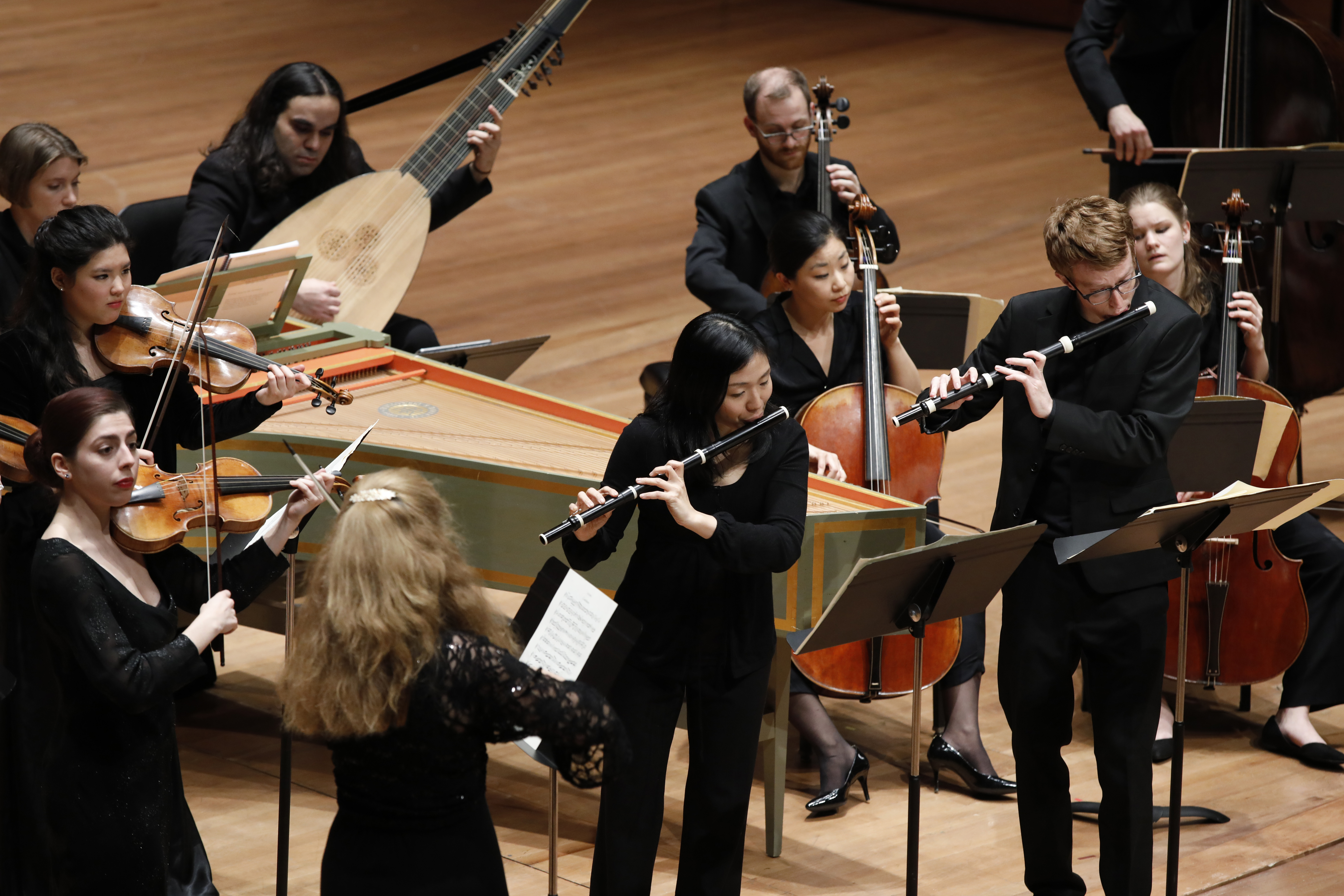 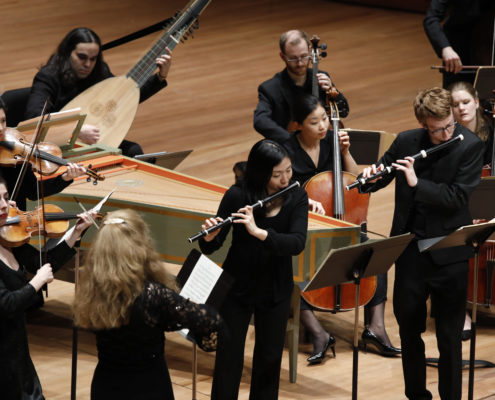 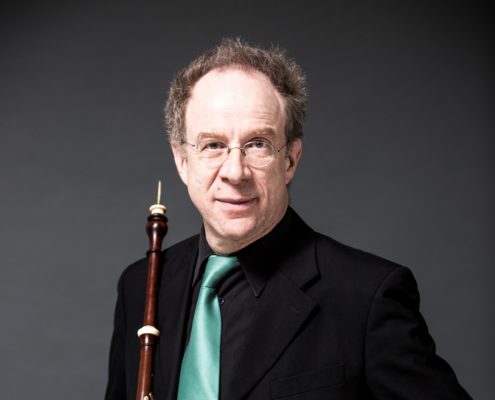 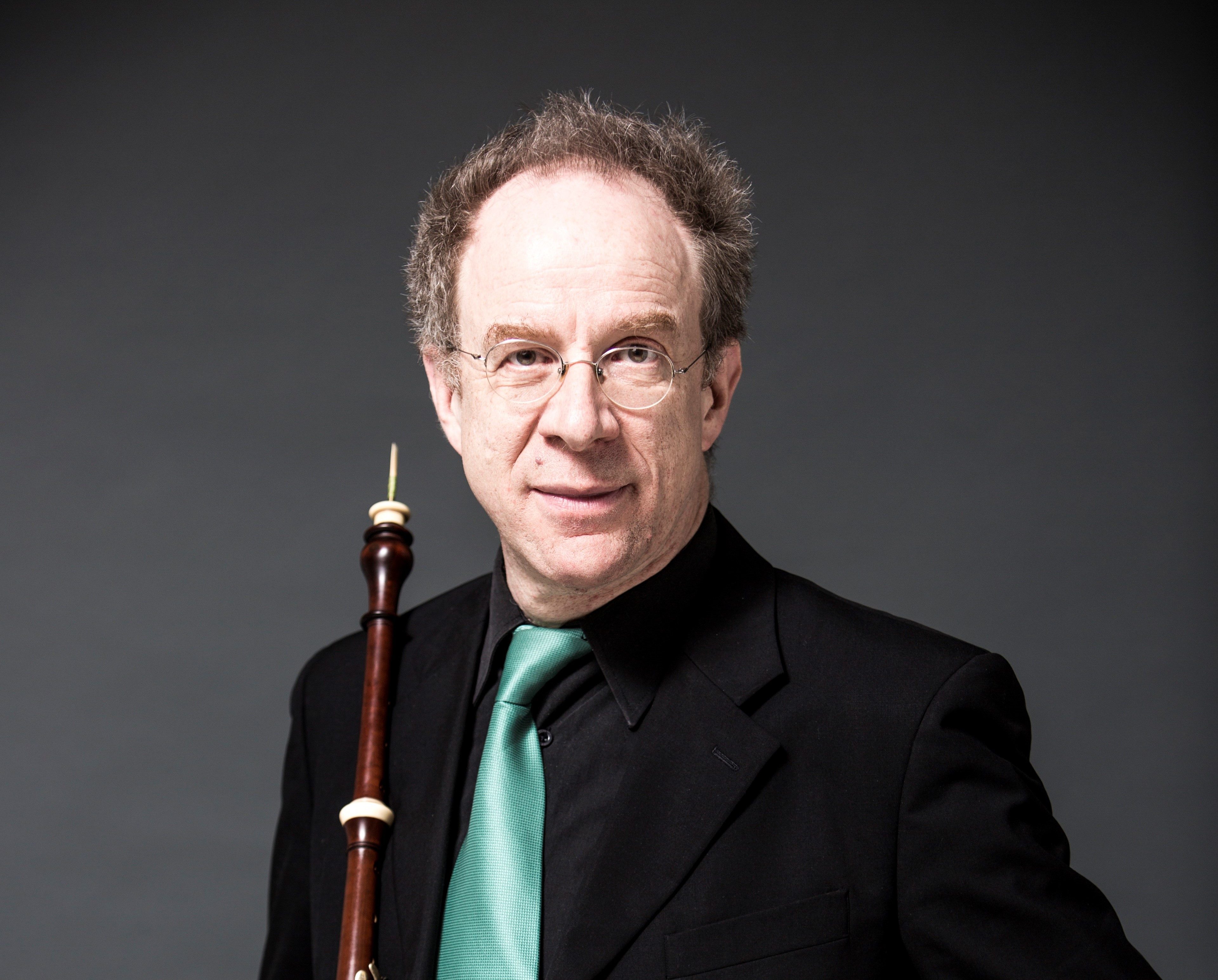 Vivaldi, His Friends and Enemies

The pioneering Alfredo Bernardini, a beloved figure in European baroque music circles, directs the extraordinary students of Juilliard415 in a program of Italian concerti and overtures that features Vivaldi and his lesser known peers—Lotti, A. Marcello, Veracini, Galuppi, and Albinoni—who either loved or loathed Vivaldi. Some promoted his work far beyond Italy, while others engaged in cutthroat competition.

“I’m going out on a long limb to suggest that last night’s performance by Juilliard415 … will become Christchurch’s most memorable classical music event of 2017. It was an evening that you somehow hoped against hope wouldn’t end.”

Since its founding in 2009, Juilliard415, the school’s principal period-instrument ensemble, has made significant contributions to musical life in New York and beyond, bringing major figures in the field of early music to lead performances of both rare and canonical works of the 17th and 18th centuries.

The many distinguished guests who have led Juilliard415 include Harry Bicket, William Christie, Monica Huggett, Ton Koopman, Nicholas McGegan, Rachel Podger, Jordi Savall, and Masaaki Suzuki. Juilliard415 tours extensively in the U.S. and abroad, having performed on five continents with notable appearances at the Boston Early Music Festival, Leipzig Bachfest, and Utrecht Early Music Festival (where Juilliard was the first-ever conservatory in residence), and on a ten-concert tour of New Zealand. With its frequent musical collaborator the Yale Institute of Sacred Music, the ensemble has played throughout Italy, Japan, Southeast Asia, the U.K., and India.

Juilliard415, which takes its name from the pitch commonly associated with the performance of Baroque music, A=415, has performed major oratorios and fully staged productions: Handel’s Agrippina and Radamisto; Bach’s St. Matthew and St. John Passions; Cavalli’s La Calisto; and performances in the U.S. and Holland of Bach’s Mass in B Minor, conducted by Ton Koopman. The ensemble’s most recent international appearances were in Bolivia, in a tour sponsored by the U.S. Department of State that marked the ensemble’s South American debut. The 2017-18 season was notable for the Juilliard debuts of the rising conductor Jonathan Cohen and the Belgian vocal ensemble Vox Luminis, a side-by-side collaboration with Philharmonia Baroque in San Francisco, as well as return visits by Rachel Podger, William Christie, an all-Bach concert with Maestro Suzuki, and the rare opportunity to see a fully-staged production of Rameau’s Hippolyte et Aricie. This season’s international schedule includes performances in Canada, London, Athens, Versailles, and throughout Scandinavia. In New York, Juilliard415 welcomes Paul Agnew and Alfredo Bernardini for their Juilliard debuts.

Italian born Alfredo Bernardini studied early music in the Netherlands, where he graduated in 1987. He has since performed all over the world as a member of ensembles such as Hesperion XX, Le Concert des Nations, La Petite Bande, The Amsterdam Baroque Orchestra, The English Concert, Bach Collegium Japan, and others. He has played on more than 100 recordings. In 1989 he founded the ensemble Zefiro, which has been awarded important international prizes.

He has been guest director of baroque orchestras all over Europe, in Canada, Australia, Venezuela, Cuba, Israel, and with the European Union Baroque Orchestra. He is currently a professor at the Mozarteum University of Salzburg.

Maps were disabled by the visitor on this site. Click to open the map in a new window.
Vox Luminis