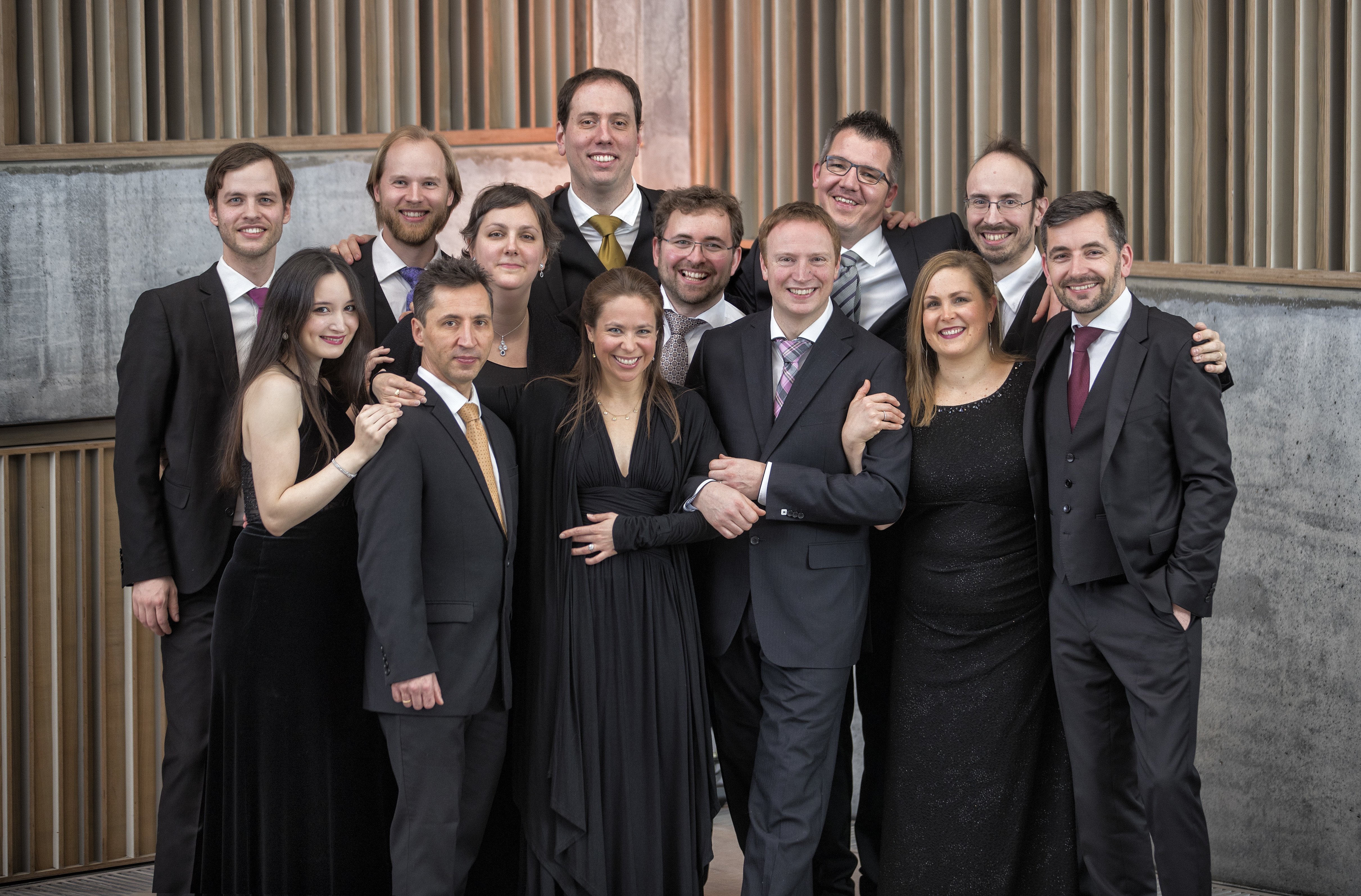 The impressive Belgian choir Vox Luminis, meaning “voice of light,” has taken the early music world by storm. The singers offer five of Bach’s contrapuntal motets that demand the highest level of virtuosity to realize the musical textures elucidating the text. Bach goes far beyond merely expressing the words. Rather he explores their meaning in depth, highlighting their spiritual and metaphysical implications.

“This is great music-making, and the ease with which the sensible tempi changes are managed without any overt conducting as well as the cohesion and coherence of the style that make the texts the focus of the performances sets a new benchmark in the way we are learning to approach Bach Cantatas.”

One project, one objective, one path: introduce today’s audiences to early vocal music, passionately convey its quintessence, and touch the light through the voice. Vox Luminis is a Belgian early music ensemble created in 2004 by its artistic director, Lionel Meunier. Today, the ensemble performs over sixty concerts a year, appearing on stages in Belgium, across Europe, and around the world.

The size and composition of the group depends on the repertory being performed, and the core of soloists, mostly from the Royal Conservatory of the Hague, is joined by a continuo and additional orchestral instrument performers. Its repertory is essentially Italian, English, and German and spans the 16th through the 18th century. Since its inception, the ensemble is defined by its unity. It entices through the personality of its tone quality, its vocal color, and the uniformity of the voices.

Vox Luminis has made twelve recordings in its oeuvre. These have received numerous prizes including the prestigious Gramophone Recording of the Year in 2012 for the Musicalische Exequien by Heinrich Schütz, and the BBC Choral Award for the double CD centered around Martin Luther, Ein feste Burg ist unser Gott. Abendmusiken with music of Buxtehude was the latest CD, released by Alpha Classics.

Vox Luminis has been lauded by the press: “In just a few years, Vox Luminis has become one of the world’s icons of early music” (Larsen, 12/2014). Here’s another example of the many superlatives that the group has garnered: the group possesses “the energy of the vibration of the soul” (Diapason d’or). Vox Luminis receives support from Federation Wallonia-Brussels, the city of Namur and Namur Confluent Culture, and is recognized by the Art and Life Tours.

Today, Lionel Meunier has achieved international renown as conductor and artistic director of the Vox Luminis ensemble, which he created in 2004. Being passionate about music from a very young age, he began his musical education learning trumpet, recorder, and solfège in Clamecy, France, the city of his birth. Lionel then continued his studies at Institut Supérieur de Musique et de Pédagogie (the Superior Institute of Music and Pedagogy, or IMEP) in Namur, and at the Royal Conservatory of the Hague (NL). At the same time, he started a career as a concert musician and was soon in great demand as a soloist in many prestigious ensembles.

Lionel Meunier is also in great demand throughout Europe as coach, conductor, and artistic leader. Additionally, he is often a jury member for many international festivals and competitions. Along with Vox Luminis, he regularly offers masterclasses, coaching sessions, and conferences on the repertory from the late Renaissance through the Baroque.

Maps were disabled by the visitor on this site. Click to open the map in a new window.
Benjamin Bagby