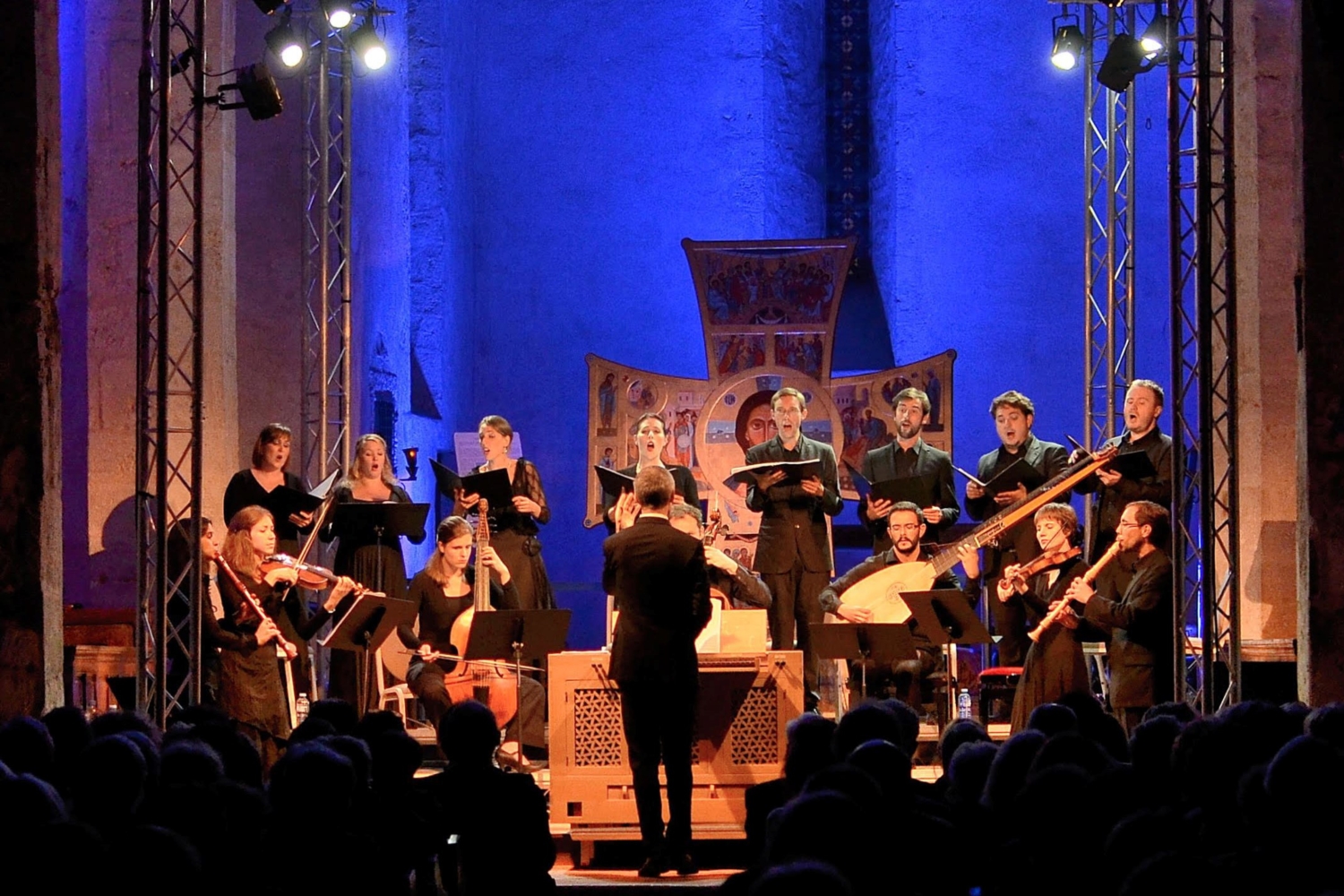 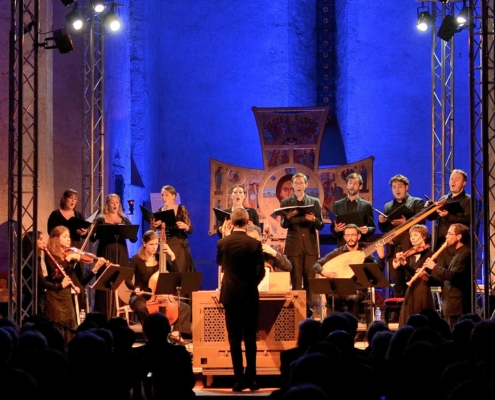 Music Before 1800 offers a refreshingly different December program: the Christmas Pastorale by Marc-Antoine Charpentier. The work tells the nativity story, blending the shepherds’ naïveté with the gravity of Jesus’ birth. It is performed by the superb Ensemble Correspondances, a relatively young group begun in 2009 that has been called “alarmingly sensual” by the press. It already boasts nine prize-winning CDs.

“One of France’s best new early music groups, Ensemble Correspondances shows total understanding of his [Charpentier’s] idiom and achieves a perfect balance of clean but expressive voices with crisp and precise instrumental ensemble. Their intensity is alarmingly sensual.”

Founded in Lyon in 2009, Ensemble Correspondances, directed by harpsichordist and organist Sébastien Daucé, brings together a group of singers and instrumentalists, all of whom are specialists in the music of the Grand Siècle. During its few short years of existence, Correspondances has become a benchmark ensemble for 17-century French repertory. The group follows Baudelaire’s notion of correspondences between the arts, performing music whose sonorities can still directly touch today’s listeners while presenting rare and original staged productions such as oratorios and ballets de cour.

Sébastien Daucé and Correspondances are in residence at the Théâtre de Caen, where they developed their first staged projects (Trois Femmes directed by Vincent Huguet in 2016, and Le Ballet Royal de la Nuit directed by Francesca Lattuada in November 2017). They are associate artists at the Centre Culturel de Rencontre d’Ambronay, at the Opéra and Chapelle of the Château de Versailles, and at La Chapelle de la Trinité with the support of the Ville de Lyon. Significant stages in the ensemble’s career have been tours to Japan, Colombia, the United States and China, alongside regular appearance in Europe (the United Kingdom, Germany, Benelux, Italy, Poland).

The organist and harpsichordist Sébastien Daucé avidly revives an abundant yet little-known repertory, the sacred and secular music of 17-century France. During his training at the Conservatoire National Supérieur de Musique de Lyon, he met the future members of Correspondances. Françoise Lengellé and Yves Rechsteiner were among his most influential teachers. He performed initially with the Pygmalion ensemble, the Festival d’Aix en Provence, and the Maîtrise, and Orchestre Philharmonique de Radio France among others. With Ensemble Correspondances, he now travels throughout France and around the world, and frequently broadcasts on radio.

Alongside his activities as a performing musician, Sébastien Daucé works with the leading scholars of 17th-century music, publishing regular articles and taking part in important performance-practice projects. Passionately interested in questions of musical style, he edits the music that makes up the ensemble’s repertory, going so far as to recompose complete pieces when necessary, as was the case in Le Ballet Royal de la Nuit. He has taught at the Pôle Supérieur de Paris since 2012. In 2018 he is guest artistic director of the London Festival of Baroque Music. Sébastien Daucé is also an associate artist of the Fondation Royaumont.

Maps were disabled by the visitor on this site. Click to open the map in a new window.
Juilliard415 with Alfredo Bernardini