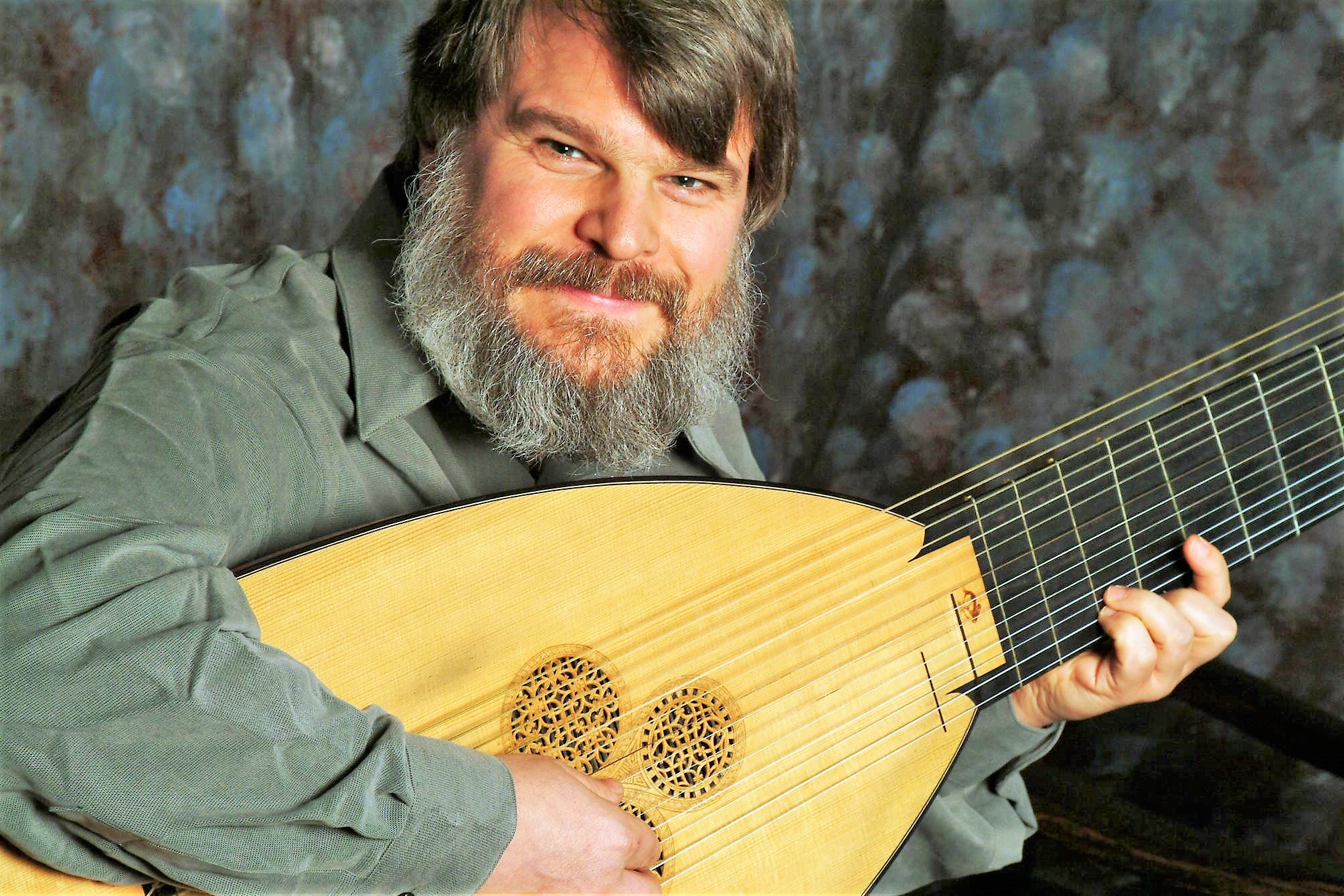 What better place to hear Paul O’Dette, lutenist supreme, than in the intimate ballroom of the Kosciuszko Foundation! His Dowland program mingles favorite works such as The King of Denmark’s Galliard and Lachrimae with unfamiliar pieces: A Coye Toye, My Lady Hunnsdon’s Puffe, and Mistris Winters Jump. A star performer for many years, Paul O’Dette continues to delight and inspire listeners worldwide.

“A solo lute recital may be one of the most intimate concert experiences ever. Time seems suspended, and melody and harmony intermingle in sweet, soft pluckery. The final Fantasie built to higher and higher climaxes…. It ended with a large flourish by O’Dette, producing yelps and a standing ovation from the audience.”

“Should I come to meet Saint Peter at the pearly gates, I hope he will say, ‘Welcome, good and faithful servant! By the way, be sure to hear Paul O’Dette—he’s leading the angel band.” (Early Music America, Spring 2011).

Paul O’Dette has been described as “the clearest case of genius ever to touch his instrument” (Toronto Globe and Mail). One of the most influential figures in his field, O’Dette has helped define the technical and stylistic standards to which 21st-century performers of early music aspire. In doing so, he helped infuse the performance practice movement with a perfect combination of historical awareness, idiomatic accuracy, and ambitious self-expression. His performances at the major international festivals in Boston, Vienna, London, Paris, Amsterdam, Berlin, Munich, Prague, Milan, Florence, Geneva, Madrid, Barcelona, Tokyo, Moscow, St. Petersburg, Buenos Aires, Montevideo, Melbourne, Adelaide, Los Angeles, Vancouver, Berkeley, Bath, Montpellier, Utrecht, Bruges, Antwerp, Bremen, Dresden, Innsbruck, Tenerife, Copenhagen, Oslo, Cordoba, etc., have often been singled out as the highlight of those events.

Paul O’Dette has made more than 140 recordings, won two Grammys, received seven Grammy nominations and numerous other international record awards. The Complete Lute Music of John Dowland, a 5-CD set for harmonia mundi usa, was awarded the prestigious Diapason D’or de l’année and was selected as the “Best Solo Lute Recording of Dowland” by BBC Radio 3. The Royal Lewters has received the Diapason D’or, a Choc du Monde de la Musique, a 5-star rating in BBC Music Magazine, 5-star rating in Goldberg, and a perfect score of 10 from ClassicsToday.com. The Bachelar’s Delight: Lute Music of Daniel Bacheler” was nominated for a Grammy as “Best Solo Instrumental Recording of 2006.”

In addition to his activities as a performer, Paul O’Dette is an avid researcher, having worked extensively on the performance and sources of 17th-century Italian and English solo song, continuo practices, and lute music. He has published numerous articles on issues of historical performance practice and co-authored the Dowland entry in the New Grove Dictionary of Music and Musicians.

Maps were disabled by the visitor on this site. Click to open the map in a new window.
Alkemie