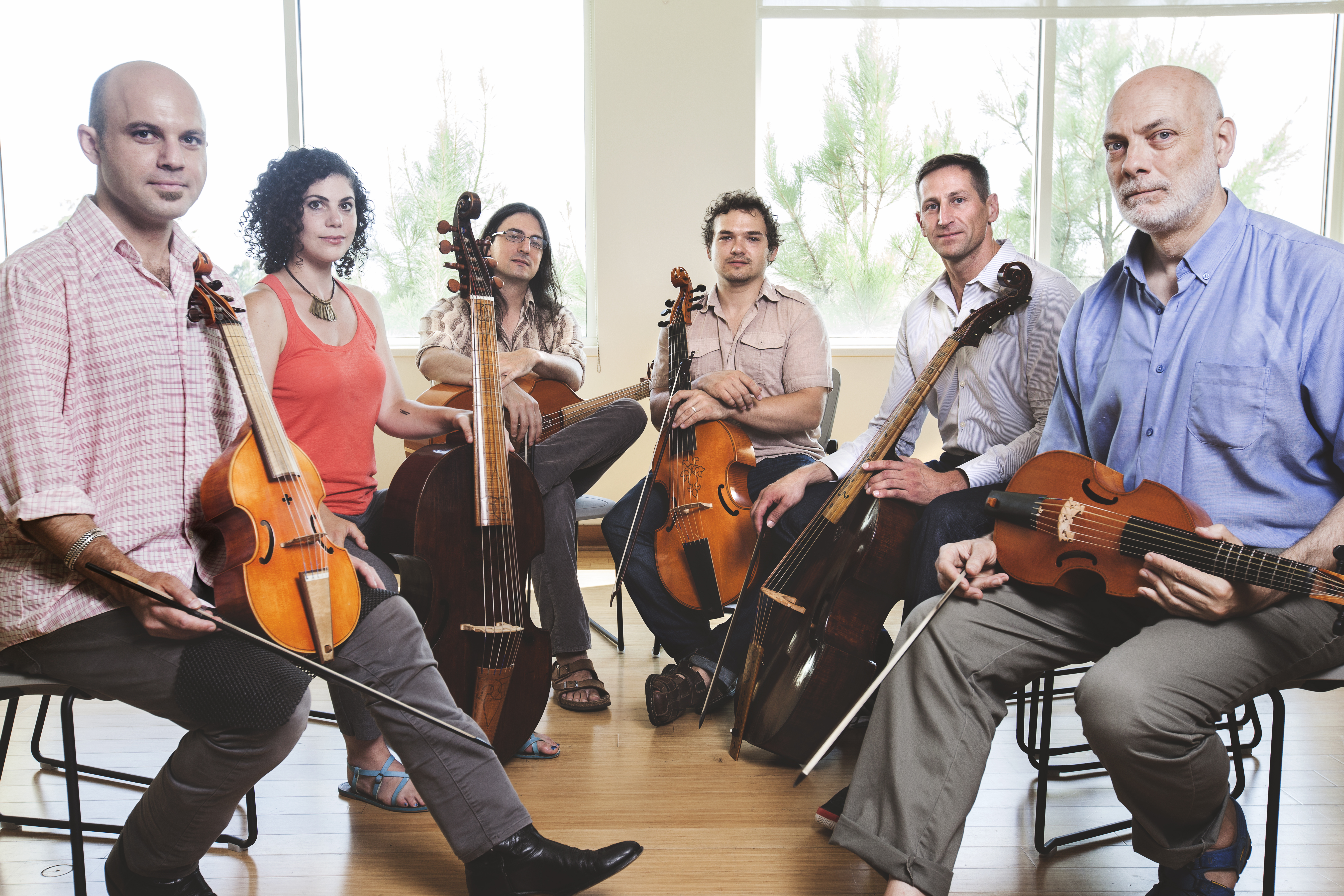 The manuscript A booke of In nomines & other solfainge songes contains a wealth of esoteric music—a perfect vehicle for the imaginative LeStrange Viols. William Munday’s In Æternum is followed by many rarities such as Osbert Parsley’s Spease Noster. Other better known and much beloved pieces are interspersed: In nomine “Crye” by Christopher Tye and William Byrd’s The Leaves be Greene.

“Something more comes across—a polyphonic conversance among viols…. Each player conveys lyric urgency and amusement, so much so, the result seems contemporary—there’s an evolving unexpectedness from the instruments. Strange indeed.”—Huffpost, The Blog

LeStrange Viols was formed in 2014 to record the modern premiere of William Cranford’s consort music. By that time the musicians of LeStrange had already established themselves as a crack team of American consort players. Their many previous appearances together in diverse musical combinations and their experience in acclaimed American ensembles allow LeStrange to craft refined and vigorous performances of intricate gems of the consort repertory. Members of LeStrange Viols have been featured performers with ACRONYM, Arcadia Viols, Amherst Early Music Festival, The Newberry Consort, Folger Consort, The King’s Noyse, Boston Early Music Festival Orchestra, Trio Settecento, The Oberlin Consort of Viols, Helios Opera, Quaver, Hesperus, Sonnambula, New York Consort of Viols, Parthenia, Trinity Baroque Orchestra, and Brandywine Baroque. LeStrange’s debut CD made The New Yorker’s list of notable recordings of 2015. Since its CD release, the ensemble has thrilled audiences at summer festivals and in a triumphant NYC debut recital. LeStrange Viols takes its name from an important manuscript collection assembled by the 17th-century English nobleman, Nicholas Lestrange.

Kivie Cahn-Lipman holds degrees from Oberlin College Conservatory of Music and The Juilliard School, and a doctorate from University of Cincinnati College-Conservatory of Music. He is founding cellist of International Contemporary Ensemble (ICE), as well as founder of the baroque string band ACRONYM. An avid performer of contemporary music, Kivie has played more than 500 world premieres. As a chamber musician, Kivie performs frequently in Carnegie Hall, Lincoln Center, and major venues on four continents. His 2014 recording of the Cello Suites of Bach was praised for its “eloquent performances,” “fresh thinking,” “energy and zeal” (Strad).  Kivie is an Assistant Professor of Cello at Youngstown State University.

Douglas Kelley has performed throughout Europe and has made numerous tours in Asia including award-winning performances at the Osaka International Chamber Music Competition (Japan). He has taught summer courses in Italy and for the German, Austrian, and Swiss viola da gamba societies, and was teaching assistant at the Vienna Musikhochschule. In 2000, he was awarded a career grant by Early Music America. He is a graduate of Oberlin Conservatory of Music, and returns to his alma mater as a member of the Oberlin Consort of Viols. Douglas makes his home in rural Connecticut.

Loren Ludwig is a scholar/performer based in Baltimore, MD. He holds a Ph.D. in Critical and Comparative Studies in Music from the University of Virginia. His dissertation (“Equal to All Alike”: A Cultural History of the Viol Consort in England, c.1550- 1675) explores the social nature of amateur chamber music for viol consort. Loren has research interests in African-American music as well as the history of performance practice. Loren is currently writing about the relationship between music and alchemy in the 17th-century writings of Michael Maier. He is also at work reconstructing the lost practice of the “Yankee” viol in early19th-century America.

John Mark Rozendaal specializes in teaching and performing stringed instrument music from the Baroque and Renaissance eras. As founding Artistic Director of Chicago Baroque Ensemble, he performed and led seven seasons of subscription concerts, educational programs, radio broadcasts, and recordings for the Cedille and Centaur labels. Rozendaal served as principal ‘cellist of The City Musick, and Basically Bach. Rozendaal performs as a member of Trio Settecento, and Brandywine Baroque. Rozendaal’s viola da gamba playing has been praised as “splendid” (Chicago Tribune), and “breathtaking” (Sun-Times).

Zoe Weiss leads a diverse and busy life as a performer, teacher, and scholar. Currently based in Ithaca, NY where she is a graduate student in musicology at Cornell University, she is also an active performer on both viol and cello. Zoe has taught beginning viol classes at Oberlin Conservatory, Harvard University, and Cornell, where she currently directs the Cornell Viol Consort. A founding member of LeStrange, she also performs with the Oberlin Consort of Viols and the Smithsonian Consort of Viols. Zoe lives in a stone tower in the woods where she enjoys chopping firewood and thinking about polyphony.

Maps were disabled by the visitor on this site. Click to open the map in a new window.
Ignacio Prego

House of Time
Scroll to top