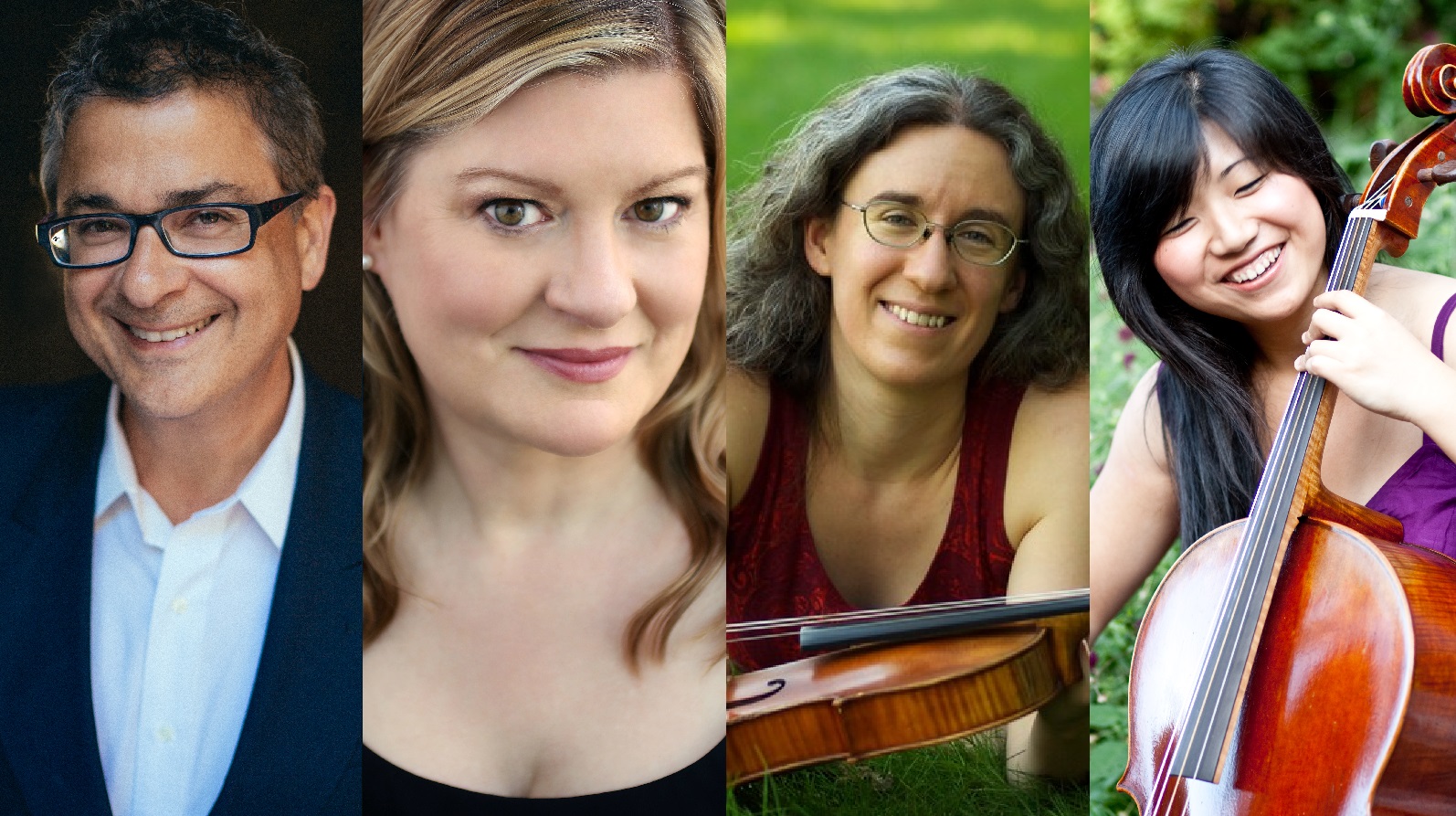 House of Time spirits us to Prague, the city that welcomed Mozart with far more warmth than he received back home in Vienna. The group performs a trio and quartets by Mozart as well as his expressive and richly scored Adagio for English Horn and Strings in C Major, K.580a. Bohemian music is represented by two pieces of František Krommer—his Variations on a Czech Folk Song, and his Quartet No. 1 in C Major; and by Vaclav Pichl’s String Trio in A Major.

“The musicians established their fluency and command early on… The program carried the implicit message that great music is never an exit ramp out of reality. It’s an exploration of human experience in its widest and deepest dimensions.”—San Francisco Classical Voice

The musicians of House of Time, known for their “fluency and command” (San Francisco Classical Voice), are dedicated to playing both well-known and underperformed repertory of the 17th through the 21st century on period instruments. Members and guests include Juilliard and Curtis faculty and alumni of The Juilliard School, as well as prize-winners of major international competitions. They are currently in their fifth season as ensemble-in-residence at Holy Trinity Lutheran Church. House of Time has been presented by the Berkeley Early Music Festival, Czech Center New York, Early Music Festival: NYC, the San Diego and San Francisco Early Music Societies, The University Club in NYC, and the Yale Collection of Musical Instruments. House of Time continues to give free outreach concerts at Mount Sinai Concerts for Patients in New York City and may be seen giving impromptu pop-up concerts in casual venues such as local cafes. House of Time is also on the roster of GEMS Live! Artists.

Sarah Darling enjoys a varied musical career that spans many centuries and styles. She holds a variety of leading roles on violin and viola with A Far Cry, the Harvard Baroque Chamber Orchestra, Musicians of the Old Post Road, Boston Baroque, Musical Offering, Antico Moderno, Les Bostonades, and Gut Reaction, while also performing with the Boston Early Music Festival, Carmel Bach Festival, Emmanuel Music, and Boston Ballet. Sarah has recorded for Naxos, Linn, Paladino, Azica, MSR, and Centaur Records. She studied at Harvard, Juilliard, Amsterdam, and Freiburg (via the Beebe, Paine, and DAAD grants), and is currently finishing a doctorate at New England Conservatory with Kim Kashkashian. She is active as a teacher and coach, with a special interest in body mechanics and musical rhetoric, and recent guest sessions at Longy, Yale, and Cornell.

Cynthia Roberts is one of America’s leading baroque violinists and has appeared as soloist, leader, and recitalist throughout North America, Europe, and Asia. She has served as concertmaster of the New York Collegium, Apollo’s Fire, Concert Royal, and Les Arts Florissants. She performs regularly with Trinity Baroque Orchestra, Tafelmusik, and the American Bach Soloists and is a principal player with the Carmel Bach Festival. She has appeared with the London Classical Players, Taverner Players, Clarion Music Society, American Bach Soloists, and Smithsonian Chamber Players. She has toured South America as concertmaster with Musica Angelica and actor John Malkovich in The Infernal Comedy. She has appeared as guest soloist and concertmaster with the New World Symphony, conducted by Michael Tilson Thomas. Ms. Roberts teaches at The Juilliard School, the University of North Texas, and the Oberlin Baroque Performance Institute.

Gonzalo X. Ruiz is one of America’s most sought-after historical woodwind soloists. In recent seasons Mr. Ruiz has appeared as principal oboist and soloist with leading groups in the U. S. and Europe such as The English Concert, Sonnerie, Wiener Akademie, Philharmonia, Trinity Wall Street, The Boston Early Music Festival, and Musica Angelica, and under such conductors as McGegan, Savall, Manze, Antonini, Huggett, Goodwin, Pinnock, Hasselböck, Rattle, Hogwood, and Egarr.  He has been featured in numerous recordings of orchestral, chamber, and solo repertory. His reconstructions of the original versions of Bach’s Orchestral Suites received a Grammy nomination in 2010.  Critics have declared Mr. Ruiz “one of only a handful of truly superb baroque oboists in the world” (Alte Musik Aktuell), and “a master of expansive phrasing, lush sonorities, and deft passagework” (San Francisco Chronicle).  For years he has taught at Oberlin Conservatory, the Longy School of Music, and, most recently, was appointed professor at The Juilliard School.

Beiliang Zhu won the first prize and the Audience Award at the XVIII International Bach Competition in Leipzig 2012 on both cello and baroque cello. She was the first string player to have received this honor on a baroque instrument. The New York Times called her “particularly exciting,” and the New Yorker called her “elegant and sensual, stylishly wild” with “telling nuances.” Beiliang performs a wide range of repertory on modern cello, baroque cello, and viola da gamba. She has given solo recitals at the Bach Festival Leipzig, Boston Early Music Festival, the Seoul Bach Festival, the Helicon Foundation, among others, as well as performing with internationally acclaimed artists and ensembles. Studying with Phoebe Carrai (baroque cello) and Sarah Cunningham (viola da gamba), Beiliang received her Master of Music from the Juilliard School in Historical Performance. She has also received a Bachelor of Music Degree and Performer’s Certificate from the Eastman School of Music.

Maps were disabled by the visitor on this site. Click to open the map in a new window.
LeStrange Viols