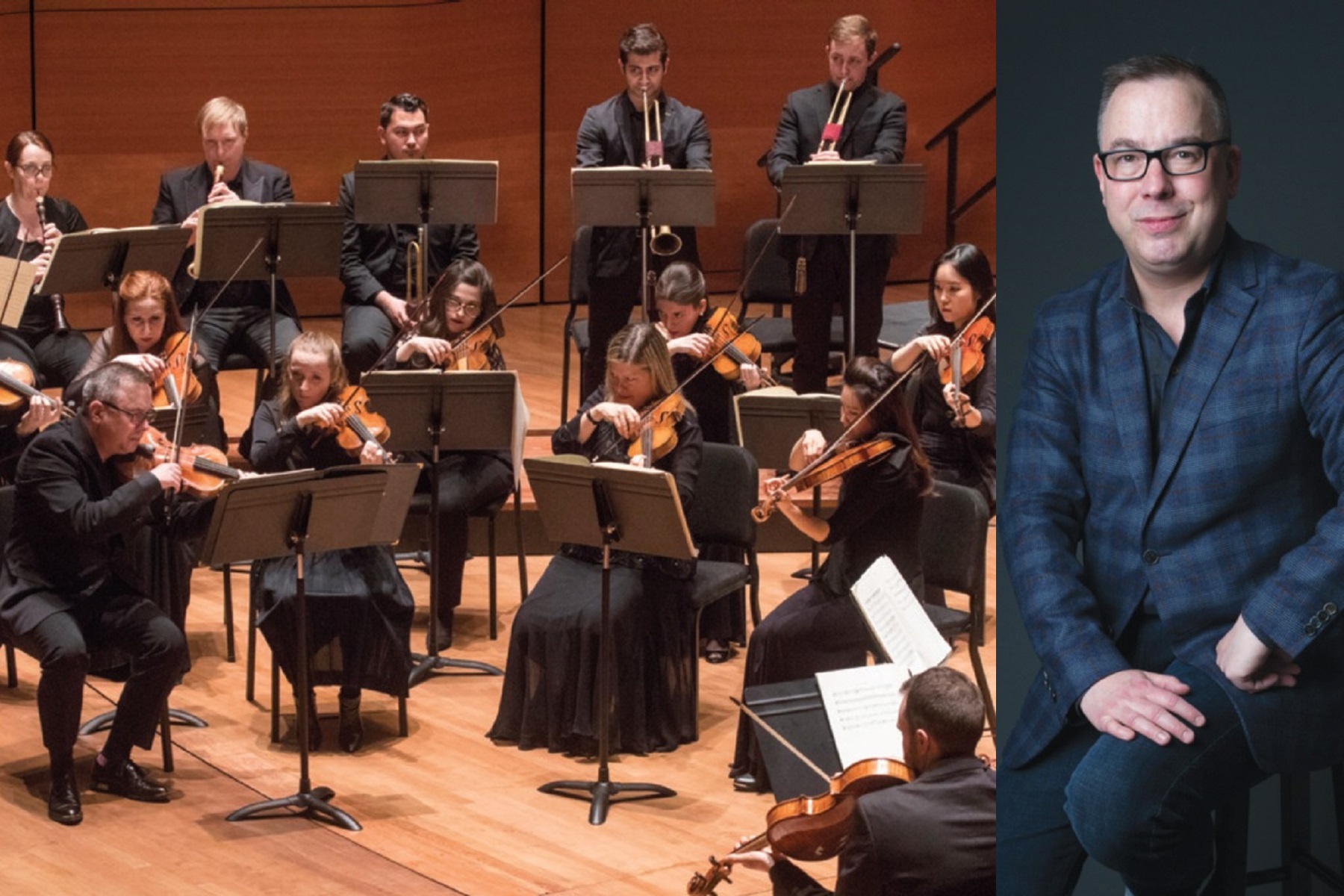 A Tale of Two Cities: Corelli’s Rome and Lully’s Paris

Juilliard’s Historical Performance program celebrates its tenth anniversary by commemorating an event that’s kindred in spirit: the birth of the 17th-century orchestra in two cities. In Paris, the autocratic Jean-Baptiste Lully, and in Rome, the violinist Corelli, assembled sensational musical bands. The exceptionally gifted students of Juilliard415 perform music by these masters as well as by Muffat, Handel, and Rameau.

“Alongside [the singers] were 12 clear-focused, superbly balanced instrumentalists … who pulled the piece along, as if plucking it from heaven. The half-dozen violins, two cellos, double bass, the ever-present theorbo and pair of harpsichords, not only played well but fell into the fun of the piece.” —Broadway World

Juilliard415, the school’s principal period-instrument ensemble, is celebrating its 10th anniversary season. Juilliard 415 has made significant contributions to musical life in New York and beyond, bringing major figures in the field of early music to lead performances of both rare and canonical works by composers of the 17th and 18th centuries. The many distinguished guests who have led Juilliard415 include Harry Bicket, William Christie, Monica Huggett, Nicholas McGegan, Rachel Podger, Jordi Savall, and Masaaki Suzuki. Juilliard415 tours extensively in the U.S. and abroad and has performed on five continents. It has given notable appearances at the Boston Early Music Festival, Leipzig Bachfest, and Utrecht Early Music Festival where Juilliard was the first-ever conservatory in residence. It made a ten-concert tour in New Zealand, returning for a second tour in spring, 2020. With its frequent musical collaborator the Yale Institute of Sacred Music, the ensemble has played throughout Scandinavia, Italy, Japan, Southeast Asia, the U.K., and India. Juilliard415 recently made its South American debut with concerts in Bolivia, a tour sponsored by the U.S. Department of State. In a concert with the Bach Collegium Japan conducted by Masaaki Suzuki, Juilliard415 recently played a historic period-instrument performance of Mendelssohn’s Elijah at the Leipzig Gewandhaus in Germany. Previous seasons have featured side-by-side collaborations with Philharmonia Baroque in San Francisco, as well as concerts directed by such eminent musicians as Ton Koopman, Robert Mealy, Kristian Bezuidenhout, and the late Christopher Hogwood.

Juilliard415 has performed major oratorios and Baroque operas every year since its founding, including a unique, fully-staged production of Rameau’s Hippolyte et Aricie during the 2017-18 season. During the 2018-19 season, the ensemble presented Purcell’s Dido and Aeneas at Opera Holland Park in London and the Royal Opera House of Versailles. A frequent collaborator with Juilliard’s Dance division, Juilliard415 premiered Juilliard dancers doing new choreography in an all-Rameau program led by Robert Mealy. It teams up again with Juilliard Dance this season for a new work choreographed by Andrea Miller.

Juilliard415 has had the distinction of premiering new works for period instruments, most recently for its Seven Last Words Project. For this Holy Week concert at the Cathedral of St. John the Divine, the ensemble commissioned works by seven leading composers including Nico Muhly, Caroline Shaw, and Tania Leon.

Highlights of the 2019-20 season include performances with William Christie and Les Arts Florissants at the Philharmonie de Paris; Handel’s Rinaldo conducted by Nicholas McGegan in New York and at the Göttingen Handel Festival in Germany; a program of music inspired by Shakespeare led by Rachel Podger; the Juilliard415 debut of Pablo Heras-Casado in a program of music from the Spanish Baroque; and another side-by-side collaboration with Philharmonia Baroque in San Francisco.

Robert Mealy is one of America’s most prominent Baroque violinists. The New York Times commented that “Mr. Mealy seems to foster excellence wherever he goes, whether as director of the Boston Early Music Festival Orchestra, concertmaster of the Trinity Baroque Orchestra in New York, or at The Juilliard School, as director of the historical performance program.” While still an undergraduate, he was asked to join the Canadian Baroque orchestra, Tafelmusik; after graduating, he began performing with Les Arts Florissants. Since then, he has recorded and toured with many ensembles, both here and in Europe, and has served as concertmaster for Masaaki Suzuki, Nicholas McGegan, Helmuth Rilling, Paul Agnew, and William Christie, among others. As a recitalist, he has appeared at Carnegie Hall, the Smithsonian Museum, and on concert series across America. A devoted chamber musician, he co-directs Quicksilver, whose début recording was hailed as “breakthrough CD of the year” by the Huffington Post. Mr. Mealy is Director of the distinguished Historical Performance Program at The Juilliard School; prior to that, he was on the faculty of the Yale School of Music. He taught at Harvard for over a decade, where he founded Harvard Baroque. In 2004, he received Early Music America’s Binkley Award for outstanding teaching and scholarship. He has recorded over eighty CDs of early music on most major labels. He still likes to practice.

Maps were disabled by the visitor on this site. Click to open the map in a new window.
Peter Sykes (Canceled)