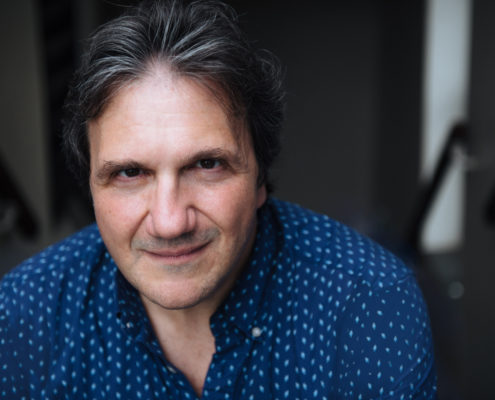 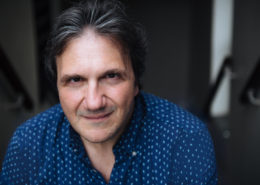 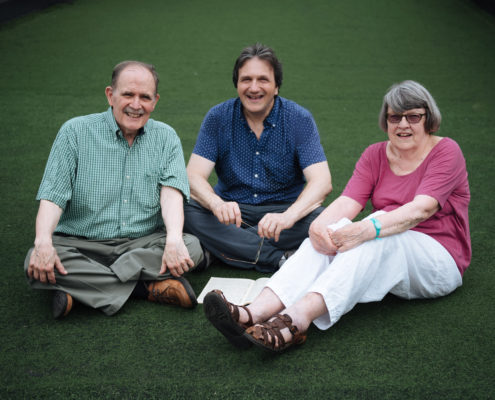 The English Renaissance and the Catholic Tradition

As English Catholicism gave way to Anglicanism, some composers, especially the great William Byrd, refused to convert. Movements for a composite mass including works by the mightiest Catholic composers from three generations—Taverner, Tallis, and Byrd—are interspersed with Renaissance motets and a new commission by James Bassi, who guest conducts the quintessential Choir of Corpus Christi Church.

We launch a new artistic team, using the talent and expertise of two members of the Choir of Corpus Christi Church: the multi-talented composer, conductor, pianist and singer James Bassi and Thomas Baker, long-time choir member with an amazingly wide-ranging intelligence. James Bassi is the concert’s mastermind—creating the program, recruiting additional singers to supplement the regular choir, and directing the rehearsals and the performance itself. Thomas Baker lends his musicological savvy to the research for the program itself. Louise Basbas and Music Before 1800 provide the administrative support to make it all happen.

“The thoughtfully assembled and beautifully sung programs by the church’s resident choir … have always been among the highlights of the series. [The choir] sang this music with an admirable purity of tone and an easy, unforced sound.”  —New York Times

Louise Basbas is founder and director of the NYC early music series Music Before 1800 and has nurtured the field of early music for over four decades. Founded in 1975, this series presents programs by outstanding local, national and international early music performers and ensembles in the acoustically and aesthetically superb setting of Corpus Christi Church. Music Before 1800 is the longest-running early music concert series in New York City, and boasts the local debuts of the Tallis Scholars, London Baroque, Ensemble Organum and Hespèrion XX (now Hespèrion XXI) with Jordi Savall. Anonymous 4 was in residence for seven seasons and performed 21 different programs beginning in September 30, 1990 and ending on April 23, 2015.

Louise Basbas has been director of music and organist at Corpus Christi Church since 1975. She conducts the Choir of Corpus Christi Church, a professional ensemble which specializes in historically informed performance. The choir sings each Sunday as well as Christmas Eve, Christmas Day, during Holy Week and on holidays throughout the year. The choice of repertory for the choir reflects an adventurous interest in liturgically appropriate music and seldom-heard and unusual compositions—newly edited renaissance and baroque music, contemporary music, and commissioned works. She believes that the extraordinary wealth of liturgical music endures most meaningfully by performance in the context liturgical settings.

Ms. Basbas is an active advocate for vocal and chamber music and, in particular, for early music. She is a board member and has served as Dean of the New York Chapter of the American Guild of Organists, is president of the Bohemians (the New York musicians Club), the past president of the Saint Wilfrid Club, and is a member of the board of Gotham Early Music Scene (GEMS-NY), the Musicians Foundation, and the Friends of Liturgical Music at Corpus Christi Church. She has been a panelist for numerous grant-making organizations, including the New York City Department of Cultural Affairs, the National Endowment for the Arts, the New York State Council on the Arts, and the Philadelphia Music Project of the Pew Charitable Trusts.

She was recently awarded the Howard Mayer Brown award for lifetime achievement in early music by the national service organization, Early Music America.

JAMES BASSI‘s compositions have been performed at Avery Fisher, Carnegie and Merkin Hall. His Petrarch Dances was commissioned and premiered by Orchestra of St. Luke’s. Three of his works were commissioned by Voices of Ascension:O Lux Beata Trinitas; Quem Pastores Laudavere, which was sung Christmas Eve at the Vatican; and Dialogue: Angel of Peace, Angel of War, featuring text by poet Dean Kostos. His sacred choral works are heard in services at Cathedral of St. John the Divine. His Magnificat and Nunc Dimittis was premiered at St. Paul’s Cathedral in London. In 2015, his oratorio Five Prayers was premiered in St. Paul, in commemoration of the liberation of Auschwitz. This past December his A Certain Slant of Light was premiered by The Stonewall Chorale. Mr. Bassi has received composition grants from NEA, Meet the Composer, and New York Foundation for the Arts. His music publisher is Oxford University Press.

In concerts James has collaborated as pianist/arranger with Deborah Voigt, Ute Lemper, Jesse Norman, and Tovah Feldshuh. He has worked as music director at Lincoln Center Theater, The York Theatre, numerous Off-Broadway and regional theatres, Vital Opera, and Bard Summerscape. He is frequently engaged as rehearsal pianist for the New York Philharmonic. A lyric tenor, he toured the world as soloist in Steve Reich’s opera The Cave. James sings regularly with leading NYC ensembles, including Voices of Ascension, and Concert Chorale of New York, for whom he has served as guest Chorus Master. He sings every Sunday here in the choir at Corpus Christi Church.

Maps were disabled by the visitor on this site. Click to open the map in a new window.
Alla francesca