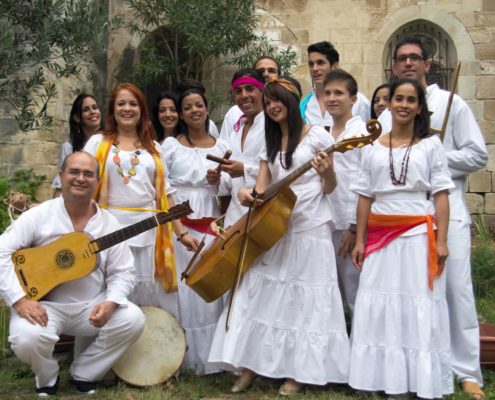 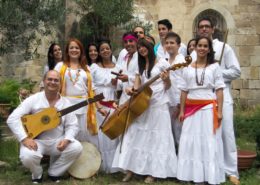 Here’s your chance to experience something entirely new as the singers and instrumentalists of the long-awaited Cuban Ensemble Ars Longa make their New York debut. They perform 17th- and 18th-century music by Colonial composers who playfully interpreted the dynamic culture of the African-Cuban population. The pieces feature chant, dance rhythms, and onomatopoeic lyrics reminiscent of African languages.

“If the vocal parts were delivered with great panache, the instrumentalists showed an excellent and remarkable musical interpretation, highlighting the colors of Latin America…. Passion was the connecting thread throughout the concert.” —Jean-Stéphane Sourd-Durand, Metz

This concert is presented by Music Before 1800, in cooperation with GEMAS, a collaboration of Gotham Early Music Scene and Americas Society.

Ars Longa was founded by Teresa Paz and Aland López in 1994, and since 1995, the organization has been part of the Historian’s Office of Havana City. Latin American and Cuban music of the colonial era is a core part of group’s repertory. Over the past twenty years, Ars Longa has performed regularly at the most prestigious music venues of the island and has given concerts and participated in international festivals in Spain, Italy, France, Sweden, Austria, Croatia, Slovenia, Venezuela, Mexico, and Ecuador.

As the primary promoter of the interpretation of early music in Cuba, Ars Longa hosts the annual Esteban Salas Early Music Festival presenting early music ensembles and soloists from around the world in concerts and in workshops. The ensemble has released an impressive number of CDs—ten in all—that have won recognition and prizes in Europe from Diapason, Le Monde de la Musicque, Télérama and Classica.

Teresa Paz Román, soprano, Ars Longa co-founder and director, holds a masters degree in Spanish music from the University of Valladolid in Spain and serves as the director of the concert venue at the Church of San Francisco of Paula in Havana, which regularly presents early music concerts.

In 1994, she and Aland López formed the early music group, Ars Longa, the first early music ensemble in Cuba. She is also the founder and director of the Esteban Salas Early Music Festival, an annual event which brings early music players from around the world. It serves as a meeting place in Cuba that through workshops and conferences assists the development of early music performance and interpretation.

Teresa was the first person to initiate academic plans to teach early music in Cuba. To put her informed historical interpretation into practice, she created the Baroque Orchestra of the National Conservatory of Music. She has attended workshops in early music singing and interpretation with international specialists such as Josep Cabré, Evelyn Tubb, and Claudio Abbado. Teresa has been honored internationally for her recording projects of hitherto unknown works by Cuban and other Latin American composers.

Maps were disabled by the visitor on this site. Click to open the map in a new window.
Choir of Corpus Christi Church & James Bassi