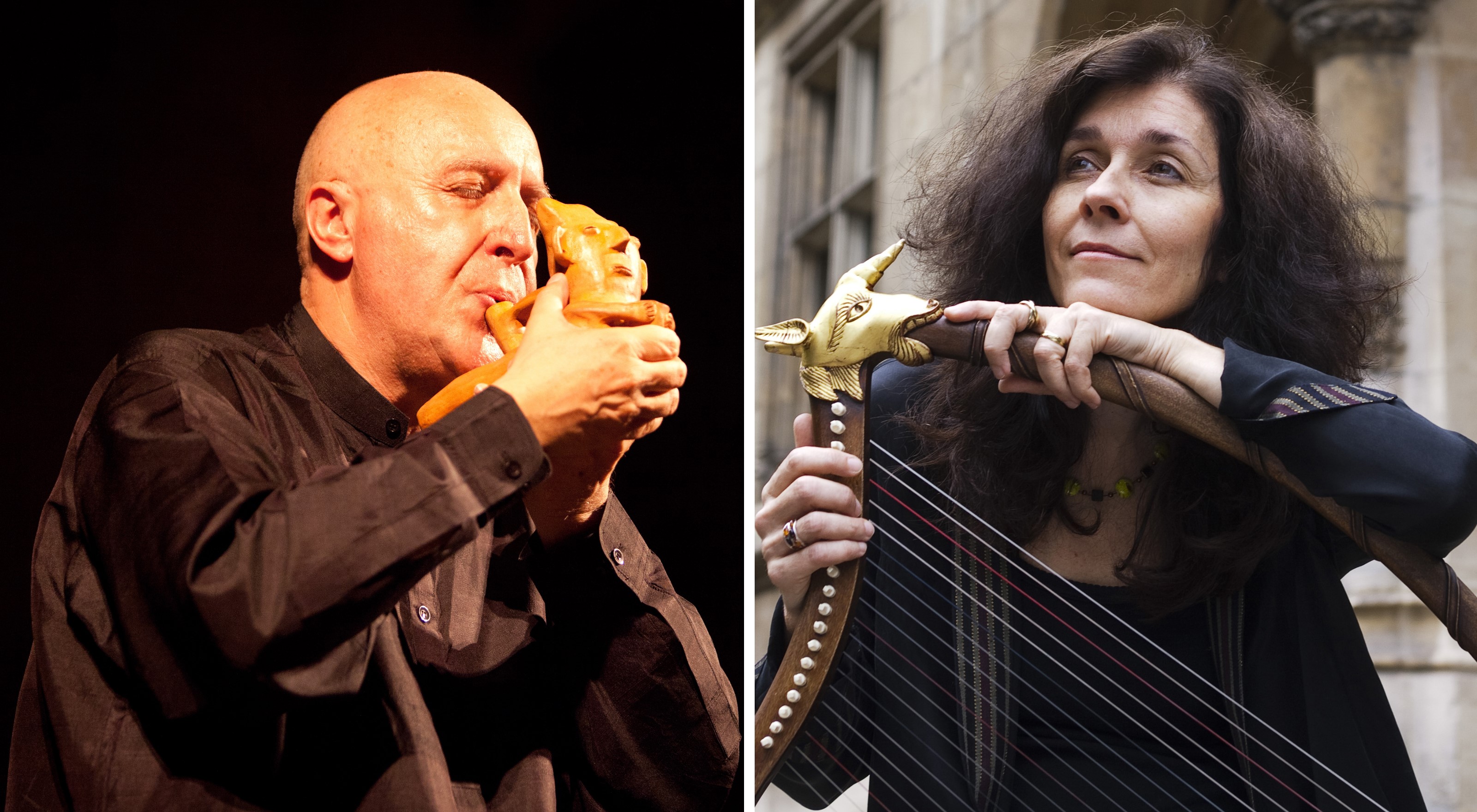 For this revelatory program, Alla francesca reconstructs songs from manuscripts of the Jewish communities living in Northern France in the second half of the 13th century. Since only a few musical fragments remain, the group sets the intertwined Hebrew and langue d’oïl poetry to tunes by contemporaneous composers, the songs accompanied by varied medieval instruments.

“Alla francesca’s interest is situated between the end of the 11th and the 16th centuries. The musicians reveal to our ears a new musical world made of poetry and joy, simplicity and extreme sophistication.” —Musica Antigua, Colombia

Since its founding in the early 1990s, Alla francesca has explored all types of music from the Middle Ages to repertory of the early Renaissance, including solo songs in the various Romance languages, pieces meant specifically for instruments, polyphony, and folk music whose roots go back to that early era.

The ensemble has been under the joint direction of Brigitte Lesne and Pierre Hamon, depending on the program or project, since 2000. Expert interpreters of medieval music, Alla francesca can be heard in the most important early music festivals on every continent. The group has released seventeen recordings, the latest, troubadour songs Trobar & Joglar, and Jewish songs from the north of France. In 2016, the ensemble Alla francesca collaborated with contemporary dance choreographer Alban Richard in a show entitled “Nombrer les étoiles.” In 2017, Alla francesca is creating a new program, “Love variations.”

With the support of the French Ministry of Culture

Brigitte Lesne devotes herself entirely to the earliest music. As singer and director of the Discantus ensemble, she specializes in sacred repertory (Gregorian chant and polyphony from the 10th to the 15th centuries). With Alla francesca, she focuses on the secular side of this music—singing, and accompanying herself on various instruments. She also appears in solo recitals and directs choirs, regularly sharing her knowledge in training programs and master classes.  She is a teacher at the Centre de musique médiévale de Paris.

Pierre Hamon plays the entire repertory for recorder—medieval, renaissance, baroque and contemporary—teaching the gamut at the Conservatoire National Supérieur de Lyon. As a wind player, he has developed a passion for various traditional instruments from all the continents. He has studied with the most important masters, including Hariprasad Chaurasia for the bansuri flute. He also performs solo recitals covering many fields from ancient to traditional, contemporary, or improvised music. He directs an extensive project on the works of Machaut and has been collaborating regularly with Jordi Savall for more than fifteen years.

Lior Leibovici is an Israeli tenor who obtained a Master’s degree in Early Music at the Royal Conservatory of The Hague. He completed a second Master’s degree in Ensemble Singing in the Schola Cantorum Basiliensis. He currently performs internationally as a soloist and with the ensembles Profeti della Quinta, Cappella Pratensis, Thélème, the Nederlands Kamerkoor and, of course, with Alla francesca. Lior aims to perform in projects that carry a message and that give the audience something to think about.

Nolwenn Le Guern began musical studies on the cello. After completing the entire curriculum, she turned to early music and studied the viola da gamba with Marianne Muller at the Higher National Conservatory for Music and Dance of Lyon (CNSMDL). In addition to Alla francesca, Nolwenn Le Guern performs very regularly with ensembles such as Ensemble Celadon, Ensemble Alkymia, Notre-Dame de Paris’s vocal ensemble, The concert of Hostel Dieu, Les alizés, and Douce Mémoire. She performs throughout Europe—in Germany, Italy, and Spain—as well as in Canada and India.

Michael Grebil is a composer, multi-instrumentalist, and singer, who moves between several sonic and poetic universes. He sings and researches the performance techniques of plucked and bowed stringed instruments such as medieval lute, cittern, and medieval fiddle. He has played for several years with renowned international groups such as Alla francesca and Hesperion XXI. His solo recitals combine his research with his own intuition. He explores the spirit of modality through improvisation, even as he interprets music of the Middle Ages and contemporary repertory.