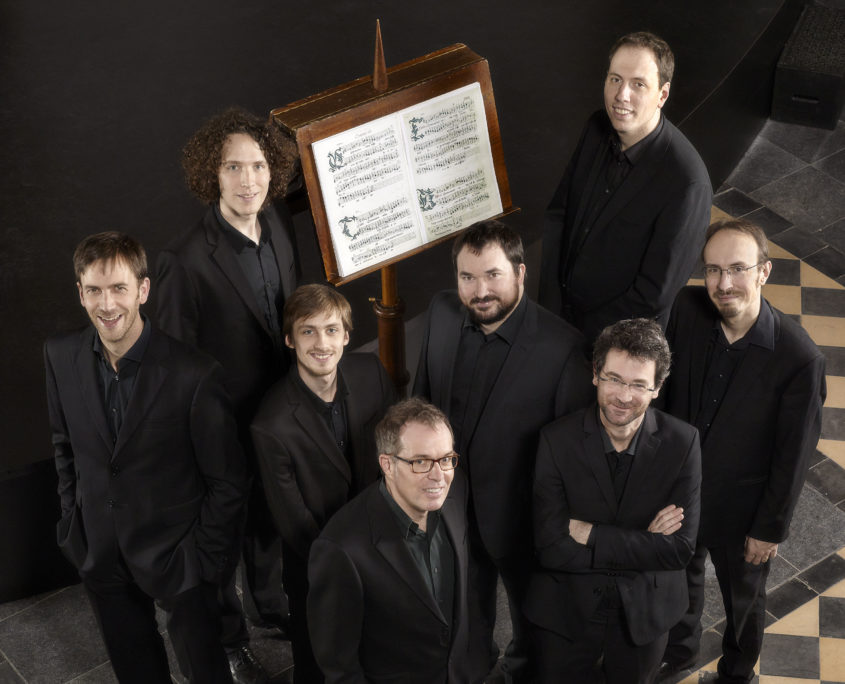 3 p.m. pre-concert lecture and Q and A by Professor M. Jennifer Bloxam in the auditorium

“[Cappella Pratensis] sings with an organic appreciation of line and text in a sinuously smooth legato that enfolds the ear in every phrase. Serious scholarship and a commitment to performing from a central music stand … combined creatively with mellifluous singing.” —Classical Music

The vocal ensemble Cappella Pratensis, literally, “Cappella des prés,” champions the music of Josquin des Prez and the polyphonists of the 15th and 16th centuries. Based in the Dutch city of ’s-Hertogenbosch, (also home to Hieronymus Bosch, the painter celebrated in this program), the group combines historically informed performance practice with inventive programs and original interpretations based on scholarly research and artistic insight. As in Josquin’s time, the members of Cappella Pratensis perform from a central music stand, singing from the original mensural notation scored in a large choirbook. This approach, together with attention to such factors as the chant origins of the polyphonic repertory, the modal system on which it is based, the influence of solmization, and the linguistic basis, creates an intense engagement with the music.

Besides regular appearances at concert venues in the Netherlands and Belgium, Cappella Pratensis has performed at leading international festivals and concert series throughout Europe, North America and Japan. The group has been ensemble-in-residence at Harvard University, the Fondation Royaumont (France), and Boston University—giving courses, presenting concerts, and working with distinguished musicians. The group’s CD recordings have met with critical acclaim and distinctions from the press, including the Diapason d’Or and the Prix Choc.

Cappella Pratensis also passes on insights to both professionals and amateurs into vocal polyphony and performance from original notation through masterclasses, multi-media presentations, collaboration with institutions, an annual summer course as part of the Laus Polyphoniae festival in Antwerp, and the training of young singers within the group itself. The ensemble is a partner with the universities of Leuven and Oxford in the digitization and publication of all the brilliant musical sources made in the workshops of the early sixteenth-century music scribe, Petrus Alamire.

After completing studies in language and literature, Stratton Bull studied voice at the Royal Conservatory in his native Toronto and subsequently at the Royal Conservatoire in The Hague. As a singer he has performed with leading ensembles in Europe and North America, including Tafelmusik Toronto, Hesperion XX, Cantus Cölln and Capilla Flamenca. He has sung in Cappella Pratensis since 1988, shortly after its founding. Artistic director since 2004, Stratton Bull has developed a special interest in the performance of 15th- and 16th-century polyphony from original notation. He has given frequent workshops and masterclasses on this approach to performance practice. Through his work with the Alamire Foundation (International Centre for the Study of Music in the Low Countries, University of Leuven), he collaborates closely with musicologists on projects related to the music sung by Cappella Pratensis, including the digitization of late medieval music sources.