We regret to inform you that the three remaining concerts of the season, scheduled for March 19 (Aya Hamada), April 2 (Peter Sykes), and April 19 (Juilliard415 and Robert Mealy), have been canceled due to COVID-19. We are deeply saddened and disappointed by the situation. However, the safety and well-being of our audience and artists are our top priorities.

If you have ticket(s) to any of the three concerts, we offer the following options:

1. Donate your ticket(s). Your generous support is crucial to our mission, especially during this unprecedented challenging time. We will send you an acknowledgement for your tax-deductible contribution.

2. Request a refund to your original form of payment.

Please email us at concertmanager@mb1800.org or call us at 212-666-9266 no later than April 30 with your response. We anticipate beautiful performances by Aya Hamada, Peter Sykes, and Juilliard415 in a new season when we can all once again enjoy public concerts of music before 1800! Thank you and we look forward to seeing you soon.

We pleased to announce our 2019-20 season, a delectable assortment of concerts with music from the 8th to the 18th centuries, from Sequentia’s diverting and witty Charms, Riddles and Elegies to Peter Sykes’ Byways and Backwaters: German Harpsichord Music Not by Bach! Subscriptions go on sale May 15 and single tickets mid-July. 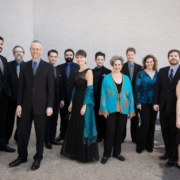 Blue Heron has become the first non-European ensemble to win the Gramophone Award in the early music category, marking a milestone in the award’s 41-year history. The prize recognizes Blue Heron’s recording Music from the Peterhouse Partbooks, Vol. 5, a piece of music traced as far as 1540, when it was copied for Canterbury Cathedral. Gramophone called it “one of the discoveries of the year.

Blue Heron director Scott Metcalfe remarks: “I’m pleased beyond words that the Gramophone Award may win greater recognition for the Peterhouse repertoire and for Nick Sandon’s essential and brilliant restorations, the fruit of a lifetime’s work.”

Visit The ARTery for further information on the award. Blue Heron performs at Music Before 1800 on February 10. 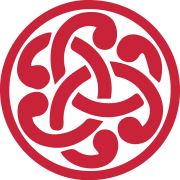 Individual concert tickets are now on sale for all upcoming Season 44 concerts. A selection of subscription packages are also available at the MB1800 website. 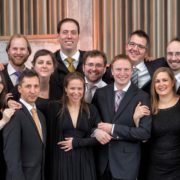 Vox Luminis, who will perform Bach on October 28, was awarded a BBC Music Magazine Choral Award for their exploration of Luther’s hymns and Gospel translations in settings by many of JS Bach’s predecessors. [more info] 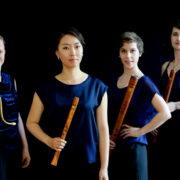 On September 30, Benjamin Bagby kicks things off with an imaginative re-creation of the Anglo-Saxon epic poem Beowulf, called a “double tour de force of scholarly excavation and artistic dynamism” by the San Francisco Chronicle. Season tickets are now available!