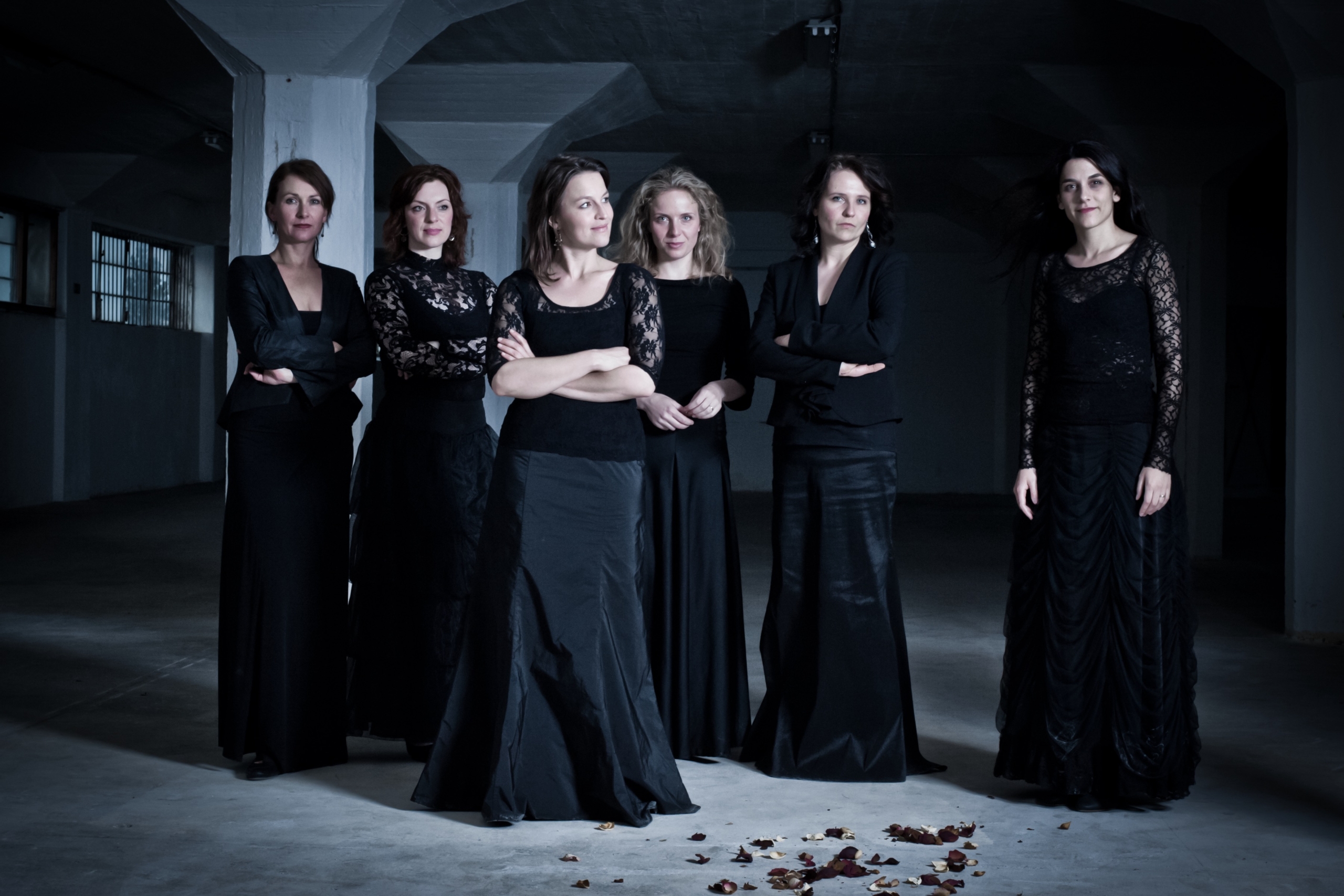 Celestial Harmony: Music for the Heavenly Court by Hildegard of Bingen

Since 2008 the women of Tibertina Ensemble from Prague have mesmerized European audiences singing medieval repertory, secular and sacred, while playing their own harp acconpaniment. They make their North American debut bringing hymns, antiphons, conducti, and sequences by the famous Hildegard of Bingen, 12th-century abbess, mystic, writer, and composer. Hildegard’s music is highly individual, often elaborate and melismatic. The program opens with an antiphon, “O rubor sanguinis,” and ends with antiphons praising the Virgin Mary.

“The singing by the … female voices of the Tiburtina Ensemble is so exquisite that this is an hour of sheer delight. This is some of the most persuasive and simply beautiful singing that I have heard recently.” —Early Music Review

The virtual program becomes available on Sunday, May 14, 4 p.m. ET and remains viewable until May 28.

Established in 2008 in Prague, the Tiburtina Ensemble of female voices specializes in the interpretation of Gregorian chant, medieval polyphony, and contemporary music. During the fourteen years of its existence, this ensemble has become among the best in Europe in the field of early music performance, thanks to its unmistakable timbre and its ardent expression. The group devotes its concert programs not only to vocal and instrumental compositions of the Middle Ages, but also to non-traditional projects that combine medieval music with other musical genres. The ensemble performs at leading concert venues in the Czech Republic as well as elsewhere in Europe. In 2011 it released its first compact disc, Flos inter spinas (Blossoms among the Thorns) on the Supraphon label. The second CD, Apokalypsis, was released on Animal Music label in 2013. Ricercar label has released two CDs of the ensemble: Ego sum homo with music of Hildegard of Bingen (2016), and Cor Europae with the Nativity chants from medieval Prague (2019). Sony/Deutsche Harmonia Mundi released the CD Vidi Speciosam (2018) in which Tiburtina together with Capella de la Torre perform music of Tomas Luis de Victoria.

The ensemble took its name from a figure in medieval history, the Tiburtine Sibyl. She became the best known sibyl of the Middle Ages mainly because her prophesies were closely connected to Christianity. The parallels between the pagan sibyl and the Christian prophetess are obvious: their noble origins, their preaching expeditions, the inquiries from persons in positions of power, and their ability to see all the way to the end of the world, something which was denied to men—however learned they might be.

The ensemble’s artistic director is singer and musicologist Barbora Kabátková, who has been playing piano and singing since her childhood. In 1995 she became a member of the Prague Philharmonic Children’s Choir. She studied church choir conducting at the Charles University Faculty of Education in Prague and musicology at the same school’s Faculty of Arts where she is now a PhD student specializing in Gregorian chant. In addition to her intense involvement in the performance of early solo vocal music, she plays the medieval harps and the psaltery. She performs with such ensembles as Collegium Vocale Gent (Philippe Herreweghe); the Czech ensembles Collegium 1704 (Václav Luks), Collegium Marianum, and Cappella Mariana; Concerto Melante (Germany); Accentus Austria; Concerto Palatino (Bruce Dickey); the Flemish ensemble Il Gardellino, and others. As a contemporary music singer she worked with NDR Elbphilharmonie (Krzysztof Urbanski), the Berg Orchestra (Peter Vrábel), and Ostravská Banda (Petr Kotík). Barbora has performed in many prestigious European music festivals as well as in Canada and the USA.

Tereza Böhmová, soprano, studied singing privately. She was a member of the Schola Benedicta Ensemble that inspired her to sing medieval music. She sang in Aleš Březina’s contemporary opera Zítra se bude… (Tomorrow Will…) at the National Theatre about the trial of Milada Horáková, a Czech member of the underground resistance movement during World War II. Tereza has been a member of the Tiburtina Ensemble since 2008.

As an interpreter of 16th through 18th century repertoire, Daniela Čermáková, alto, has performed with ensembles such as Societas Incognitorum, Doulce Mémoire, Collegium 1704, and the Madrigal Quintet. As a soloist, she has been featured with Musica Florea, Musica Aeterna, Ensemble Inégal, and Cappella Accademica. Daniela, who also sings jazz and chansons, has appeared at many festivals in the Czech Republic and abroad and on many CDs. She often collaborates with Czech Radio and Television. She has been a member of Tiburtina Ensemble since 2009.

Anna Chadimová Havlíková, mezzo–soprano, studied singing at Prague Conservatory and musicology at Charles University in Prague. She has performed on many stages in the Czech Republic and abroad with such Czech ensembles as the Camerata Filarmonica, Karmína, Collegium Vocale 1704, and Musica Florea. Anna has been a member of the Tiburtina Ensemble since 2008.

Kamila Mazalová, alto, started her musical studies as a violinist and later studied singing at the Institute for Art Studies at Ostrava University (Czech Republic). She performed with the Czech Baroque Ensemble Orchestra and Choir as a soloist in Martinů’s cantata Kytice (Festival Smetanova Litomyšl, 2007). She performed the role of Eudamia in Vivaldi’s Dorilla in Tempe (Znojmo Music Festival, 2008/09), and Lisetta in Haydn’s Il Mondo della Luna. In 2009 she joined Joel Frederiksen’s Ensemble Phoenix in Munich. She has been a member of Tiburtina Ensemble since 2010.