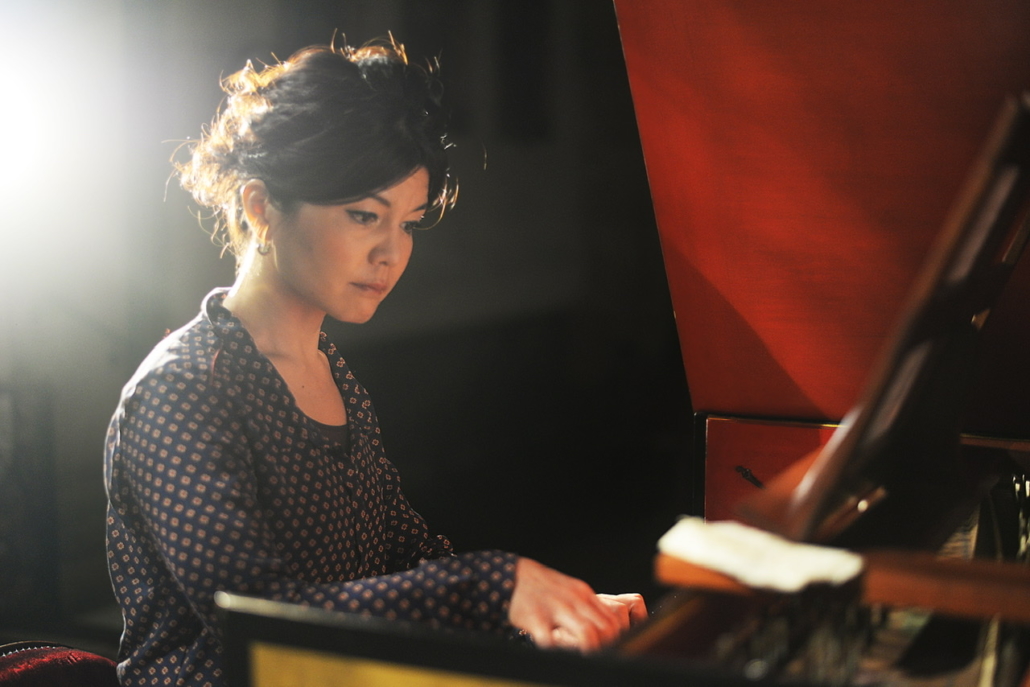 “Acrobatic finesse” describes Aya Hamada’s performances, whether in solo, concerto, or chamber pieces. She has assembled works by the great keyboard masters d’Agincourt, Couperin, Rameau, Duphly, and Forqueray. The music conjures up an evening worthy of an 18th-century Parisian salon: effervescent portraits and character pieces, flights of fancy that bring to mind traits of the dedicatee, usually a patron or colleague of the composer.

“Tenderness and virtuosity are presented here in equal measure… Aya Hamada’s playing is not only technically immaculate, but musically very stimulating indeed. You can hear Hamada’s touch with those ‘exquisite ornamentations,’ also creating a magically mythical atmospheric aura of sound.”—MusicWeb International

Praised for her “graceful” (New York Times) performance, harpsichordist Aya Hamada is an active recitalist, concerto soloist, and continuo player. She has given numerous recitals in major venues throughout Japan as well as the US, Canada, Mexico, Argentina, Brazil, Belgium, England, France, Italy, Portugal, Spain, and Switzerland. These include a recital at the Peñíscola International Festival of Medieval and Baroque Music (Spain), Da Camera Society (Los Angeles), Harpsichord Heaven at the Flint Collection (Wilmington DE), the Québec Government Office, and at the International Conference of the Historical Keyboard Society of North America (Montreal). She has made over three dozen appearances as concerto soloist on four continents and has performed under conductors such as William Christie, Jordi Savall, Harry Bicket, Nicolas McGegan, Christophe Rousset, and Masaaki Suzuki.

This is from a review in the New York Times about her concerto performance with conductor William Christie in Alice Tully Hall at Lincoln Center: “Ms. Hamada gave a deft account of Handel’s Concerto.” She was also praised by the Columbia Dispatch: “She defined the torrent of notes beautifully for the ear, while never sacrificing virtuosity; her illuminating playing drew well-deserved cheers.” Others have praised her “flawless technique” (Boston Globe), and “superb command of the harpsichord” (Springfield Republican). She premiered Virginal by Harold Meltzer with the New Juilliard Ensemble in 2010.

Her debut album Jacques Duphly: Pièces de clavecin was chosen as Recording of the Month in The Music Web International (July 2015), The Record Geijutsu Magazine (June 2015), and the Tokyo FM Music Bird (June 2016). The American Record Guide wrote, “This is a terrific solo debut… Her control of touch and dramatic delivery are both extraordinary. Her expressiveness is especially noteworthy.” Others have acclaimed her “acrobatic finesse” (Early Music America Magazine), and “sensitive and dramatic interpretations” (Fanfare Magazine).

She won first prize in the London Music Festival Competition and second prize in the Josef Hofmann Piano Competition. She earned her Master of Music degree in the inaugural class of Historical Performance from The Juilliard School. She studied under Kenneth Weiss in New York and Skip Sempé in Paris and has received additional coaching from Pierre Hantaï and Christophe Rousset.

In fall 2020, she is scheduled to make a recording of a new Bach album at the Musée d’Art et d’Histoire de Neuchâtel (Switzerland) on the historic 1632/1745 Ruckers harpsichord.