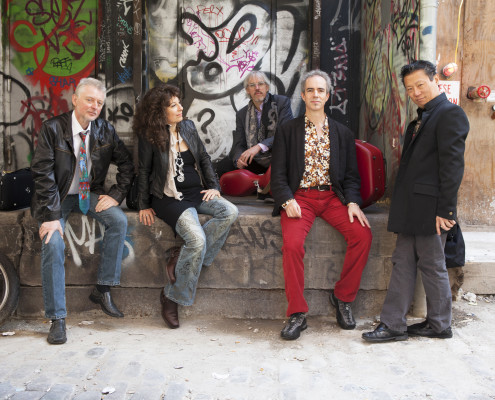 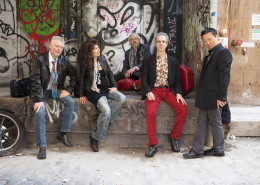 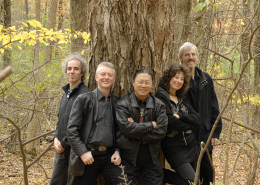 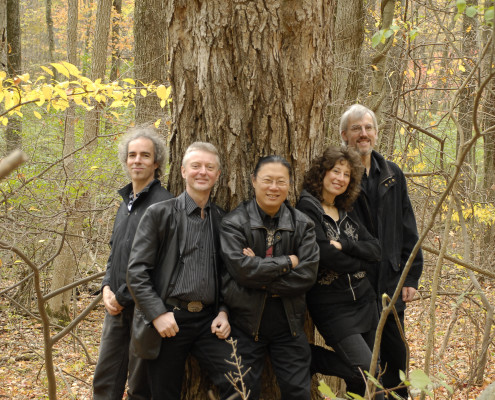 A Path to Enlightenment

During the turbulent years surrounding the French Revolution, the great thinkers of the day—Voltaire, Rousseau, Kant, Herder, and Burke—were fascinated by a certain question: “What is Enlightenment?” In this concert of 18th-century instrumental music, readings are interspersed with REBEL’s varied choices by J.S., J.C., and C.P.E. Bach, Buffardin, Leclair, and Edelmann.

Hailed by the New York Times as “Sophisticated and Beguiling” and praised by the Los Angeles Times for their “astonishingly vital music-making”, the New York-based Baroque ensemble REBEL (pronounced “Re-BEL”) has earned an impressive international reputation, enchanting diverse audiences by their unique style and their virtuosic, highly expressive and provocative approach to the Baroque and Classical repertoire.

The core formation of two violins, recorder/traverso, cello/viola da gamba and harpsichord/organ expands with additional strings, winds, theorbo and vocalists, performing on period instruments. REBEL, through its longterm residency from 1997-2009 at historic Trinity Church, Wall Street in New York City, has achieved high acclaim for its collaborations with Trinity Choir in performance, radio broadcasts, webcasts and recordings with works ranging from the cantatas of Bach to large scale works by Monteverdi, Handel, Bach, Purcell, Mozart and Haydn.

critical acclaim. The ensemble has recorded for all the major European national radio networks and has been showcased in performance and interview on BBC’s Radio 3. Arguably the most aired American Baroque ensemble in the U.S. today, REBEL has been regularly featured on NPR’s Performance Today and MPR’s St. Paul Sunday. In 1999 REBEL became the first and only period instrument ensemble to be awarded an artists’ residency at National Public Radio.

Tony-nominated actor Paul Hecht has worked extensively on Broadway, in film and on television, and has appeared in many literary/musical programs with the Philadelphia Orchestra, Dryden Players, REBEL, Opera Feroce, the Newberry Consort, Parthenia, and others. Audiences may have recognized him over the years as Charles in Kate & Alli,e and as several unsavory characters in Law and Order, Starsky and Hutch, and Hawaii Five-O. He has been in films with Bette Davis, Jane Fonda, Jeremy Irons, Chris Rock, and Howard Stern. He currently presents regular poetry evenings at the Cornelia Street Cafe in Greenwich Village. Mr. Hecht served as N.Y. Branch President of the Screen Actors Guild from 1991- 1995.