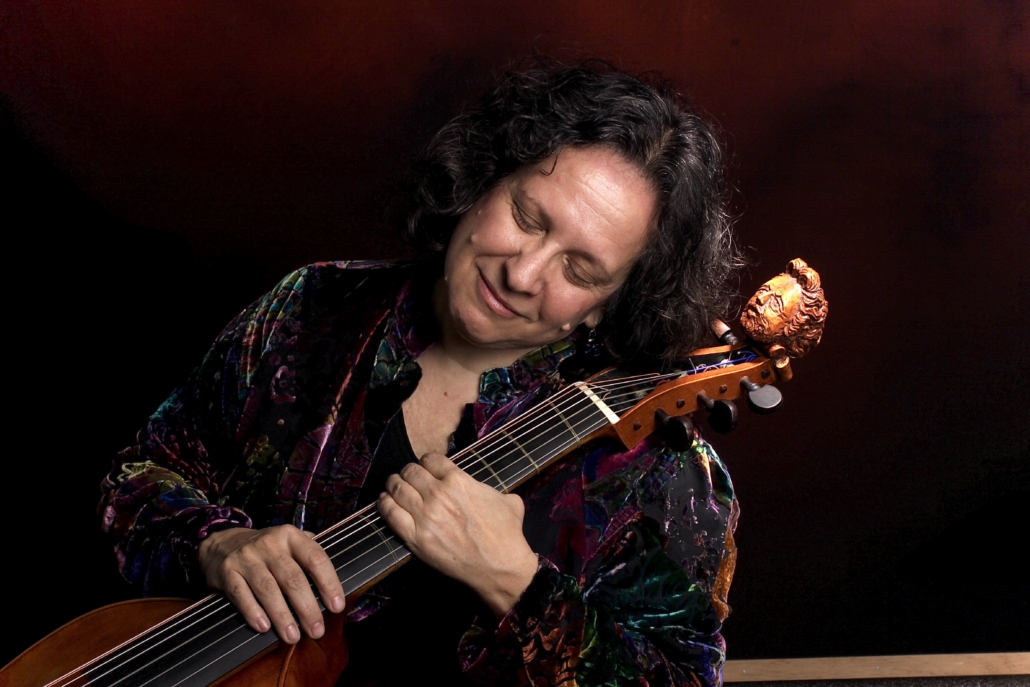 Hesperus’s first live score to Robin Hood debuted in 2003, followed by The Mark of Zorro and three other similarly accompanied films. The current project, Nosferatu, mixes German medieval and renaissance music, Balkan flutes and Romani fiddling, and electronic sounds. Tina Chancey explains how she chooses the music, tailors it to the film, and how the group improvises and coordinates film and music in performance.

Tina Chancey directs HESPERUS (celebrating its 41st season), currently known for its live, semi-improvised early music scores for such silent film masterpieces as Mark of Zorro, Robin Hood and The Hunchback of Notre Dame. She plays early and traditional fiddles in roots music from Sephardic to contra. Her particular interest is the pardessus de viole; she has toured the US, received solo recitalist grants from the NEA that supported her Carnegie Recital Hall debut. She directed a Pardessus Conference at the 2017 Boston Early Music Festival, and has recorded five pardessus CDs. Tina has developed her own blend of early music and improvisation, and artist residencies have taken her to Geneva, Honolulu, Boston, Montreal, Melbourne, Berlin, Oberlin, and Hong Kong. She produces recordings, composes, and arranges for stage and screen. She writes popular and scholarly articles and teaches classes and workshops in improvisation, playing by ear, and how to practice.

The lectures remain free as a service to the community. We ask that you please consider supporting this meaningful work with a small donation ($10 suggested).