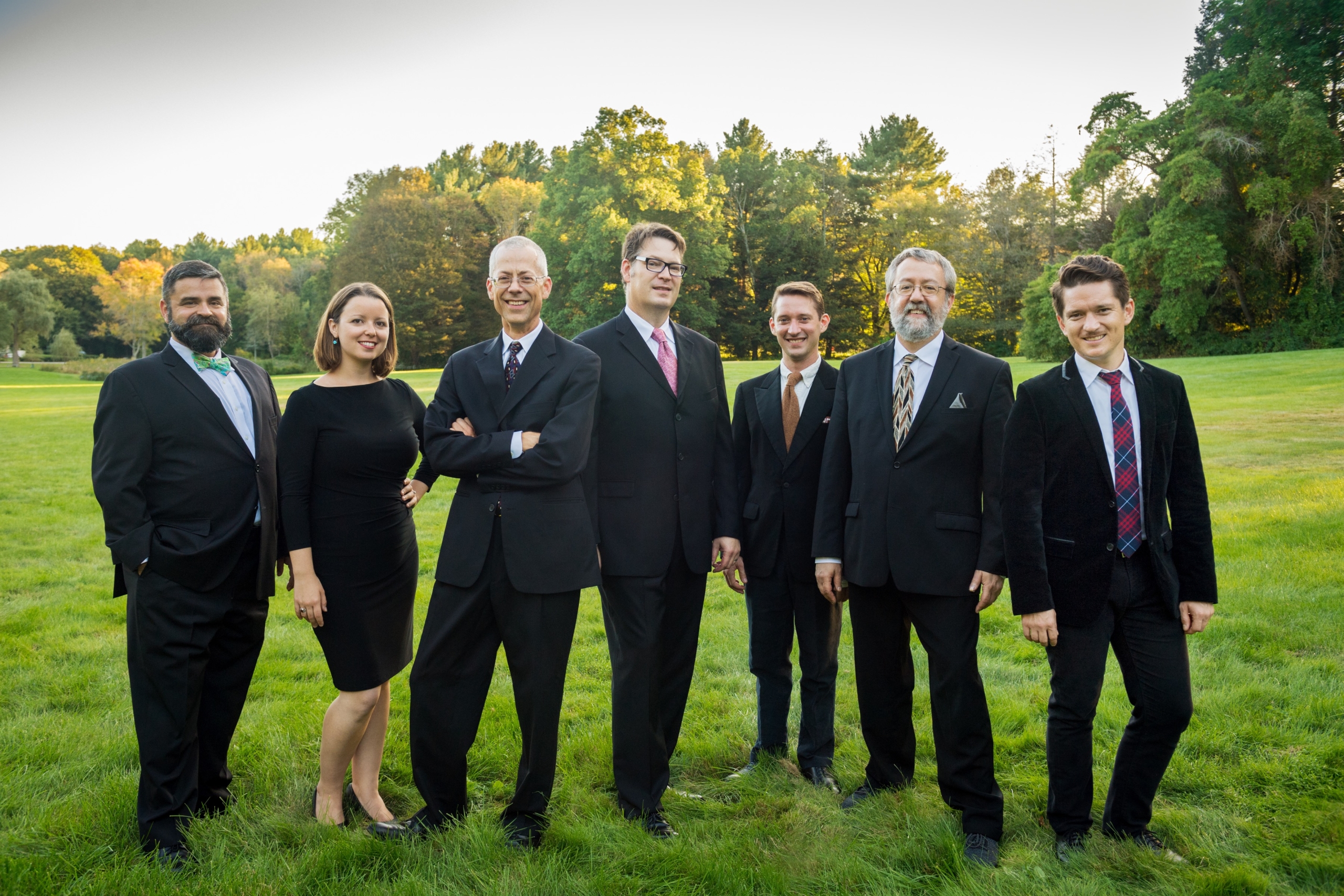 Blue Heron’s program is a musical valentine of 16th-century madrigals setting poetry by Francesco Petrarch. The moment the humanist scholar beheld beautiful young Laura in 1327, he was lovestruck, his obsession tormenting and inspiring him even after her death in 1348. In turn, Petarch’s Canzoniere inspired intensely passionate musicthree centuries later. Blue Heron’s eloquent singers perform madrigals by Verdelot, Arcadelt, Willaert, de Rore, Wert, Marenzio, and others, interspersed with readings of Petarch’s poetry.

“The standing ovation and five separate bows proved that the audience did not want this sterling concert [Un Petrarchino cantato] to end. Once more Blue Heron fully upheld its standard of literary and musical excellence.” —Boston Musical Intelligencer

Blue Heron has been acclaimed by the Boston Globe as “one of the Boston music community’s indispensables” and hailed by Alex Ross in the New Yorker for its “expressive intensity.” The ensemble’s performances range across a wide repertoire from plainchant to new music, with particular specialities in 15th-century Franco-Flemish polyphony and early 16th-century English sacred music. It is committed to vivid live performance informed by the study of original source materials and historical performance practices.

Founded in 1999, Blue Heron presents a concert series in Cambridge, MA, and has appeared at the Boston Early Music Festival, in New York City at Music Before 1800, The Cloisters (Metropolitan Museum of Art), and the 92nd Street Y, at the Library of Congress, the National Gallery of Art, and Dumbarton Oaks in Washington, D.C., at the Berkeley Early Music Festival, at Yale University, in Chicago, Cleveland, Kansas City, Milwaukee, Montreal, Pittsburgh, Philadelphia, Providence, St. Louis, San Luis Obispo, Seattle, and Vancouver, BC; and in Cambridge and London, England. Blue Heron has been in residence at the Center for Early Music Studies at Boston University and at Boston College, and has enjoyed collaborations with A Far Cry, Dark Horse Consort, Les Délices, Parthenia, Piffaro, and Ensemble Plus Ultra.

Blue Heron’s first CD featuring music by Guillaume Du Fay was released in 2007. Between 2010 and 2017 the ensemble issued a five-CD series of Music from the Peterhouse Partbooks, including many world premiere recordings of works copied c. 1540 for Canterbury Cathedral and restored by Nick Sandon. The fifth CD was awarded the 2018 Gramophone Classical Music Award for Early Music, and the five discs are now available as a set entitled The Lost Music of Canterbury. In 2015 Professor Jessie Ann Owens and Blue Heron won the Noah Greenberg Award from the American Musicological Society to support the world premiere recording of Cipriano de Rore’s I madrigali a cinque voci, released in 2019. In 2015 Blue Heron also inaugurated Ockeghem@600, a multi-season project to perform the complete works of Johannes Ockeghem (c. 1420-1497), which, although delayed by the pandemic, will wind up in 2023, still more-or-less in time to commemorate the composer’s circa-600th birthday. A parallel project to record all of Ockeghem’s songs and motets bore its first fruits in 2019 with the release of Johannes Ockeghem: Complete Songs, Volume I, which was named to the Bestenliste of the Preis der deutschen Schallplattenkritik. Blue Heron’s recordings also include a CD of plainchant and polyphony that accompanies Thomas Forrest Kelly’s book Capturing Music: The Story of Notation, the live recording Christmas in Medieval England, and a compilation of medieval songs entitled A 14th-Century Salmagundi.

Scott Metcalfe is widely recognized as one of North America’s leading specialists in music from the 15th through 17th centuries and beyond. Musical and artistic director of Blue Heron since its founding in 1999, he was music director of New York City’s Green Mountain Project from 2010-19 and has been guest director of TENET (New York), the Handel & Haydn Society (Boston), Emmanuel Music (Boston), the Toronto Consort, The Tudor Choir and Seattle Baroque, Pacific Baroque Orchestra (Vancouver, BC), Quire Cleveland, and the Dryden Ensemble (Princeton, NJ) in music ranging from Machaut to Bach and Handel. He also enjoys a career as a baroque violinist, playing with Les Délices (dir. Debra Nagy), L’Harmonie des Saisons (dir. Eric Milnes), and other ensembles. Metcalfe’s scholarly work centers on the performance practice of medieval and Renaissance vocal music, including two chapters in a long-forthcoming book on the Peterhouse partbooks and upcoming articles in the Journal of the Alamire Foundation. He has edited music by Francisco de Peñalosa for Antico Edition (UK) and songs from the recently rediscovered Leuven chansonnier for the Alamire Foundation (Belgium). A long-term project is a new edition of the songs of Gilles Binchois (c. 1400-1460). He has taught at Boston University and Harvard University, served as director of the baroque orchestra at Oberlin Conservatory, and he has been a visiting member of the faculty of Music History at the New England Conservatory. He received a bachelor’s degree from Brown University (1985), where he majored in biology, and a master’s degree in historical performance practice from Harvard (2005).

Maps were disabled by the visitor on this site. Click to open the map in a new window.
Les Délices