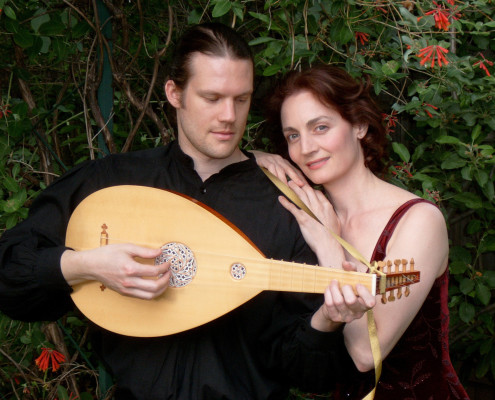 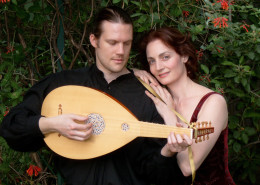 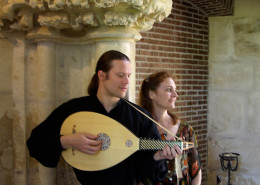 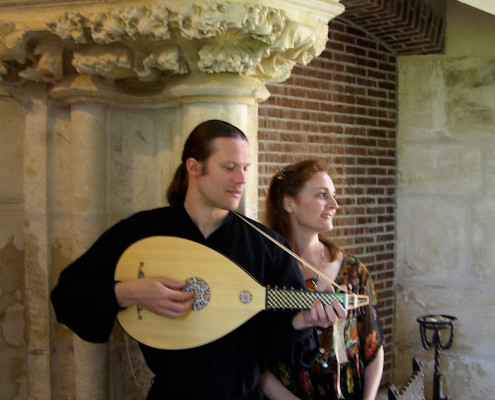 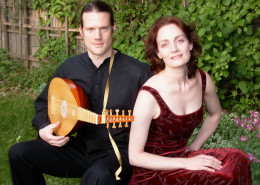 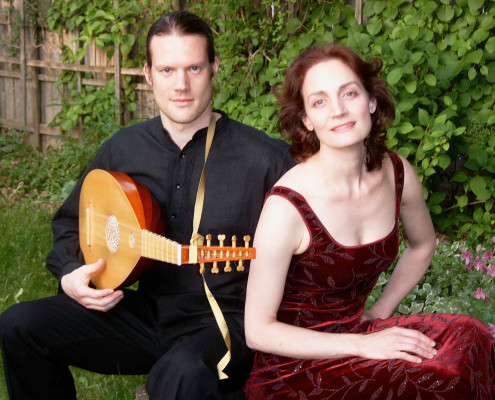 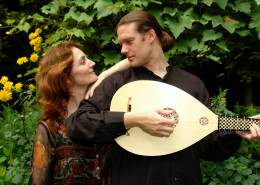 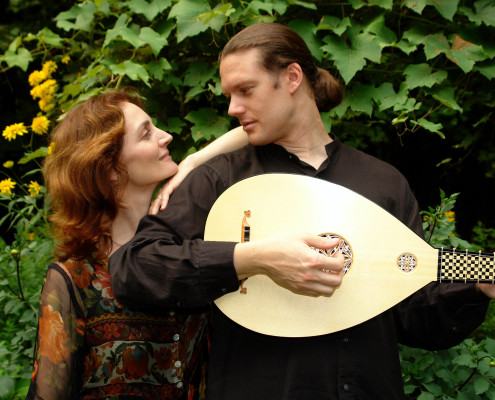 My Body Must Depart—My Heart Remains with You

In October 2004, Eric Redlinger and Sylvia Rhyne of Asteria burst onto the national early music scene, winning Early Music America’s first Unicorn Prize for Medieval and Renaissance Music with a performance heralded by the New York Times as “intimate and deeply communicative … meltingly beautiful.” This engaging duo brings out the passion and emotional impact of late medieval vocal and instrumental music with timeless love songs of wide appeal, transporting their listeners  back to the age of chivalry.

Eric Redlinger’s skill on the lute and sweet tenor voice are complemented by his expertise in early music, earned through study at the Schola Cantorum Basiliensis and extensive archival research into original sources. Following graduation from Middlebury College, Eric spent several years immersing himself in the European musical archives of the Hague, Basel and Marburg. During this time, he also did post-graduate studies in composition and musicology at the Frankfurt Conservatory of Music, worked in the studio of New York based avant-garde composer Philip Glass, and studied medieval lute with Crawford Young and voice with Richard Levitt at the Schola. He now makes his home in New York, where he has studied with Drew Minter and Gary Ramsey.

Sylvia Rhyne brings to the partnership not only her quicksilver soprano but also a strong dramatic connection with the audience, gained from a professional career in musical theater. She has starred internationally as Christine in The Phantom of the Opera, and on Broadway as Joanna in Sweeney Todd under the direction of Harold Prince, Susan Schulman, and Stephen Sondheim.

Raised in London and the Pacific Northwest, Sylvia grew up surrounded by classical music, opera and dance.  She pursued a passion for early music at Carleton College; guided by Stephen Kelly, she took on roles in early operas and operettas on her way to a degree in music.  She studied also with Wesley Balk at St. Olaf College and recorded with Dennis Russell Davies and the Saint Paul Chamber Orchestra.  Upon arriving in New York, Sylvia was invited to sing with the New York City Opera and began ongoing coaching with Marcy Lindheimer.

When Eric and Sylvia met, they immediately discovered their mutual interest in earlier repertory, and began to rendezvous regularly in New York’s Central Park to work on late medieval and Renaissance pieces, gradually developing their passionate approach to the music. Asteria’s performances convey the anguish and ecstasy of the poetry and the rapturous beauty of the interweaving vocal and instrumental lines.

Their unique style is showcased on four CDs: Le Souvenir de Vous Me Tue, Soyes Loyal, Un Très Doulx Regard, and, recorded in an authentic Burgundian chateau, the lovely For The Love of Jacqueline.  All four CDs, along with more information about  their research and upcoming concerts, are available at Amazon.com and iTunes and through their website: www.ASTERIAMUSICA.com.