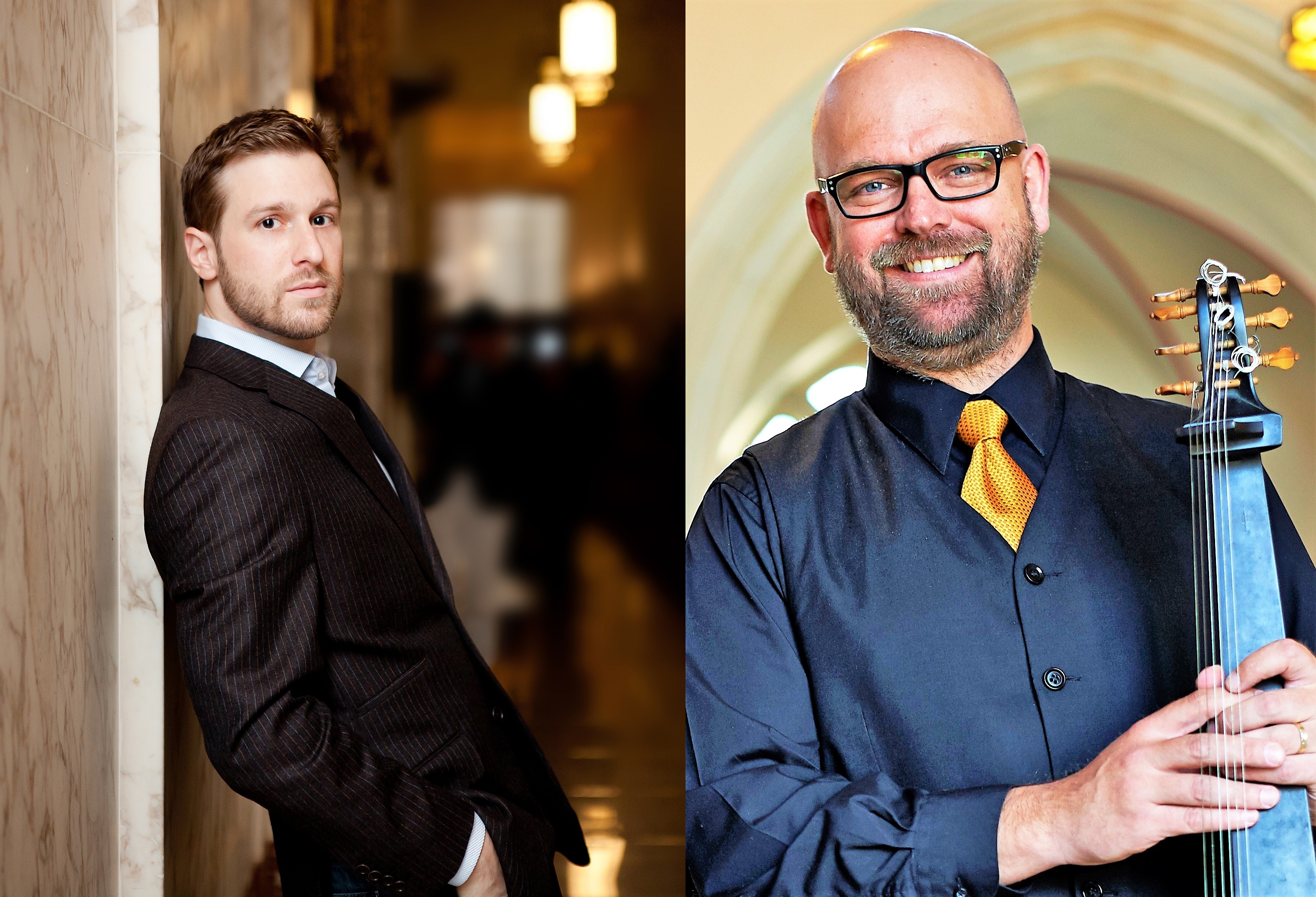 Jesse Blumberg, a sought-after performer, and Simon Martyn-Ellis, expert period guitarist, take a fresh approach performing Schubert’s timeless Die schöne Müllerin, the twenty-verse song cycle that tells the tragic story of a young man’s descent into lovelorn despair. To perform the emotional music with a period guitar, the duo embraces the intimate nature of the plucked sounds—an enhancement to story-telling.

“[Blumberg’s] transparent tone and precise articulation floated above and around the rich ensemble textures. His voice is bigger than is usually heard in early music performances, but his smooth phrasing and precise intonation and rhythmic alertness made for an ideal, intimate projection.”

In 2018 Jesse returns to American Bach Soloists, Opera Atelier, TENET, New York Festival of Song, and Berkshire Choral Festival, debuts with Portland Baroque Orchestra, and joins Voices of Music and the San Francisco Girls Chorus for Dido & Aeneas at the Berkeley Festival. He will also collaborate with the Diderot String Quartet for concerts in New Hampshire, New York, and Washington, D.C., and perform recitals in Iowa, Minnesota, and Paris.

Jesse has been featured on a dozen commercial recordings, including the 2015 Grammy-winning Charpentier Chamber Operas with Boston Early Music Festival. His recent releases include Winterreise with pianist Martin Katz, Rosenmüller cantatas with ACRONYM, and St. John Passion with Apollo’s Fire. He has been recognized in several competitions, and was awarded Third Prize at the 2008 International Robert Schumann Competition in Zwickau, becoming its first American prizewinner in over thirty years. Jesse holds degrees from the University of Michigan and the University of Cincinnati College-Conservatory of Music, and is also the founder and artistic director of Five Boroughs Music Festival in New York City.

Simon Martyn-Ellis began playing the lute after finding the classical guitar repertory too restrictive for ensemble performance: continuo collaborations remain a mainstay of his activities. His particular interests are in vocal works, either opera or intimate recitals, baroque guitar repertory, and finding the groove in Early Music. But really, he just has a great time making music with people.

After undergraduate studies in his homeland Australia, Simon moved to Germany in 2002 to complete postgraduate study with Rolf Lislevand at the Trossingen Hochschule für Musik. During his eleven-year stay in Germany, Simon appeared frequently throughout Europe and the US in leading performance venues and theaters with the Akademie für Alte Musik Berlin, Concerto Köln, Salzburger Landestheater, Neue Düsseldorfer Hofkapelle, and the Freiburger Barockorchester, as well as in a variety of chamber music performances.

In Australia, he has appeared in numerous festivals including the Melbourne and Adelaide International Festivals, and the Peninsula Summer Music Festival. He has also played with the Pinchgut Opera, The Australian Brandenburg Orchestra, Opera Australia, the Adelaide and Melbourne symphony orchestras. Chamber music is another of his specialities: he has performed with the Elysium Ensemble, Latitude 37 and Ironwood. Now based in the US, Simon has appeared as a founding member with ACRONYM and Duo Corbetta, as soloist and continuo player with Apollo’s Fire and Clarion Society NYC, at the Oregon Bach Festival and with Opera Theatre of St Louis, Handel & Haydn Society, Bach Collegium of San Diego, Opera Columbus and Helicon in New York City. Simon can be heard and seen on CD recordings and DVD releases from the Harmonia Mundi, Deutsche Grammophon, Virgin Classics, BIS, Avie, ABC Classics, Vexations840 and Move labels, among others. He has recorded for radio and television broadcast countless times in over twelve countries worldwide.

Maps were disabled by the visitor on this site. Click to open the map in a new window.
Paul O’Dette, lute